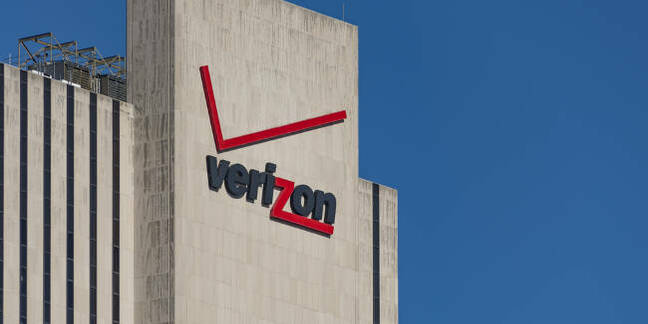 Fresh from its $4.8bn acquisition of Yahoo!, Verizon says its sales dropped five per cent year-on-year in its latest quarter, the three months to the end of June.

Essentially, US telecom giant's wireless and wireline revenues fell over the year-ago quarter. Here's a summary of VZ's Q2 2016 results:

Verizon also talked up the $4.8bn deal it struck yesterday to acquire Yahoo! The Purple Palace will be paired with fellow faded internet giant AOL as part of a content network Verizon will use to push its other network services.

"By acquiring Yahoo, we will dramatically accelerate the timetable for scaling up to be a major competitor in mobile media," Verizon CEO Lowell McAdam said of the Yahoo! deal.

"Yahoo is a complementary business to AOL, giving us market-leading content brands and a valuable portfolio of online properties and mobile applications that attract over 1 billion monthly active consumer views. We expect this acquisition to put us in a great position as a top global mobile media company and to give us a significant source of revenue growth for the future."

Verizon has yet to say what it plans to do with some of Yahoo!'s less-marketable sites, in particular image-sharing site Flickr and blog host/cash sink Tumblr. Both sites were among the most popular Yahoo! services, but don't seem to fit into Verizon's plans and could find themselves on the outs under the new parent company. ®

Over cocktails some months ago in the Valley, El Reg heard a top tale from an impeccable source: way back in 2008, Google was trying to buy social link-sharing star Digg, and the deal was virtually sealed. Pretty much all the paperwork necessary was signed by a fateful Friday. Then that Sunday evening, a Google executive looked over the list of Digg staff and promptly nixed the acquisition – because the engineers weren't PhD-grade and at the time Google was bent on hiring the best of the best computer scientists. And, according to our source, who was the senior Googler who pulled the plug? Marissa Mayer, then veep of search and today Yahoo!'s CEO.