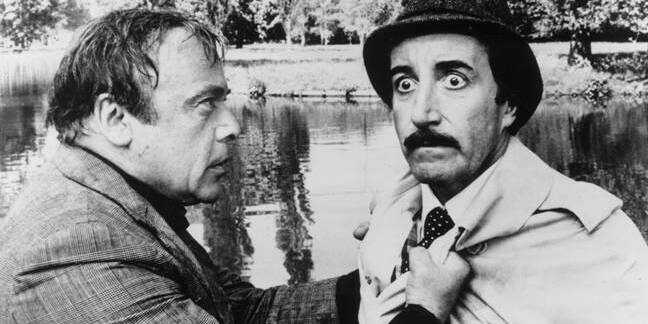 Who needs Essex Police when we've already got Inspector Clouseau?

Police in Essex, UK, are using polygraph tests on convicted criminals – in its own words, “to help manage the risk posed by convicted sex offenders.”

A polygraph, colloquially known as a lie-detector test, measures the physiological responses of subjects when interrogated. The technology was invented in 1921, by John Larson, who was both a medical student and police officer in Berkeley, California.

For almost the entirety of the polygraph's existence it has been criticised as unscientific, and in 2003 the US National Academy of Science published a report into the technology behind the polygraph which dismissed the evidence of its "validity for security uses" as "scanty and scientifically weak".

Even though the test results are not admissible in British courts, Essex Police has now secured a sexual harm prevention order (SHPO) against a convicted sex offender, which includes a condition that he must submit to a polygraph test when requested to do so by a police officer or delegated officer.

Three detective constables from the force, including Karen Halford and Ned Kelly from the Management of Sexual Offenders and Violent Offenders (MOSOVO) team, were sent on an 11-week course to become "trained polygraph examiners". Essex Police did not respond to questions from The Register asking where the officers were given this training by the time of publication.

The move follows an Essex Police Federation survey last year which found that 94 per cent of the force's officers felt the public was getting a worse police service than in 2010.

In the use case offered by Essex Police, detectives initially "referred a man with previous convictions for indecent exposure for the test after monitoring visits and intelligence gave cause for concern. He agreed to take part and when questioned about the results of the polygraph, he admitted he had reoffended."

A SHPO was granted for this offender in May, which includes the obligation to submit to the psuedo-scientific testing. If they refuse to take part then they will be in breach of the order and arrested.

Detective Chief Inspector Jim Sandford said: “We use the polygraph test to get information about whether or not a sex offender is reoffending, so that we can assess the risk they pose to the public and ensure they are complying with sexual harm prevention orders imposed by the courts."

Sandford added: "We can’t force people to take part unless it forms part of a court order and the results of a polygraph test can’t be used as evidence in court. But the benefits are that it shows they are willing to engage and cooperate with the authorities, and it can prevent us relying on more intrusive methods of monitoring."

From tackling terrorists with tarot readings to dealing with drug dealers through dream interpretation, readers are encouraged to submit further investigative divination practices to Essex Police via our comments section, as MOSOVO's DC Ned Kelly explains how the polygraph works below. ®

Will there ever be a real lie detector?

Douglas Williams faces up to 20 years in jail

'Nonsense' ahead of Clegg speech

'Beat the lie detectors' trainer sentenced to 8 months in jail

And no, it's not simply return true;... Study finds language analysis is fairly good at detecting deception

What could POSSIBLY go wrong?

Polygraph knows all: You've been using our user feedback form

Something for the Weekend, Sir? Tell me lies, tell me sweet little lies...