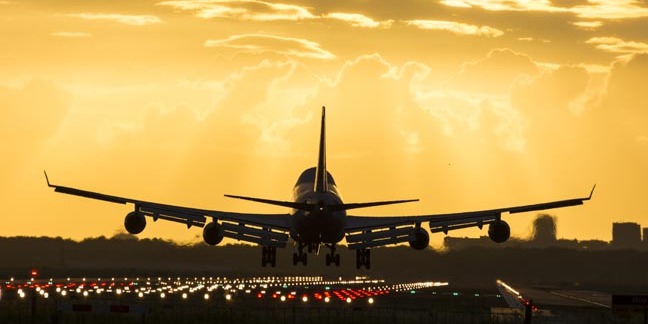 Six months after slicing production of the iconic Boeing 747 to just one plane a month, the aerospace company has decided to halve the rate of production and flagged it is close to killing off the plane.

A new Form 10-Q filed with the United States Securities and Exchange Commission spells out the ugly situation as “Lower-than-expected demand for large commercial passenger and freighter aircraft and slower-than-expected growth of global freight traffic have continued to drive market uncertainties, pricing pressures and fewer orders than anticipated.”

Boeing has therefore “canceled previous plans to return to a production rate of 1.0 aircraft per month beginning in 2019.”

The company still has “32 undelivered aircraft” on its books, some yet to be built. But it also has “a number of completed aircraft in inventory” for which buyers cannot be found.

Production of the 747 will therefore been reduced just six planes a year as of September 2016 and the filing makes it plain that Boeing knows it may soon have a difficult decision to make.

“If we are unable to obtain sufficient orders and/or market, production and other risks cannot be mitigated,” the filing says, “we could record additional losses that may be material, and it is reasonably possible that we could decide to end production of the 747.”

The 747 remains a fine aircraft, but twin-engine planes can now match it for capacity and, crucially, for long flights over areas where airports are scarce.

When passenger jets travel over such regions they are required to always be able to reach a suitable nearby airport after losing one engine. That means planes wobble across the world to stay with two or three flying hours of an acceptable airport. Newer planes like the Boeing 777 and 787 are rated to fly for 330 minutes on one working engine. Airbus' new A350 can do so for 370 minutes. Those ratings make it possible for even very long oceanic hops (Sydney to Santiago or Johannesburg) in a two-engine plane.

Now that twin-engine planes capable of taking on those roles, more expensive to acquire and operate quad-jets are less popular. Hence Boeing's trouble selling 747s and Airbus struggling to sell many more A380s.

Which is not to say that twin-engine planes are an easy market: Boeing's filing also says the 787 is facing “production challenges, change incorporation on early build aircraft, schedule delays, customer and supplier impacts and changes to price escalation factors” that together add up to “significant pressure on program profitability.” And that's with demand for a dozen planes a month. ®

Partners now have trade wars to fly around