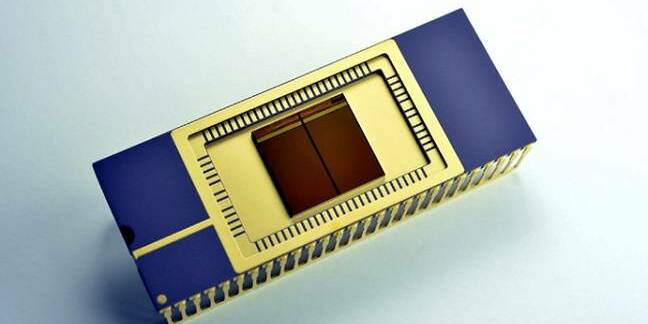 Samsung will have 64-layer 3D NAND in mass production before Western Digital (WD)/Toshiba and is looking into 3D XPoint memory alternatives.

WD/Toshiba's initial 256Gbit chip should be in mass production before the middle of 2017, up to 6 months later than Samsung.

A Samsung representative on an earnings call said: "Our goal is to mass-produce SSDs that use our 4G V-NAND within the year."

That suggests prices may rise.

Sammy's gen 3, 48-Layer V-NAND 3D NAND chips run at 256Gbit capacity and it will be interesting to see if the 64-layer V-NAND doubles this to 512Gbit straight away, giving Sammy a longer lead over WD/Tosh. Also that would mean Sammy could double the capacity of its SSDs and have a capacity as well as a cost/GB advantage over Intel/Micron, SK-Hynix, and WD/Toshiba.

WD/Toshiba are looking at extending the 64-layer technology towards 128 layers, possibly by stacking two 64-layer chips.

Sammy was a trifle reticent on its future layering plans: "In terms of layering, I think it's a bit too early for us to talk a limit of how many layers can be made. We are currently planning out our mid- to long-term generations and at the same time considering other new memory technologies."

Samsung commented on Intel/Micron's 3D XPoint memory in the call: "Regarding the 3D cross-point technology that you mentioned, I think that was mainly catching interest from the demand in terms of the higher-end platforms, and it's being proposed as an alternative solution to lower DRAM costs. But we don't think that this will take up a significant share of the overall market. We also think that there will be some time required until it becomes a market."

"And also I think that there is a restriction in the fact that 3D cross-point is not a standard technology. So our basic response to this technology is to maintain our focus on DRAM and NAND and also at the same time ... we are looking into new memory technology as well."

El Reg thinks this is either a form of resistive RAM or phase-change memory. ®