Chinese handlers paid for his nights with hookers, five-star trips around the world 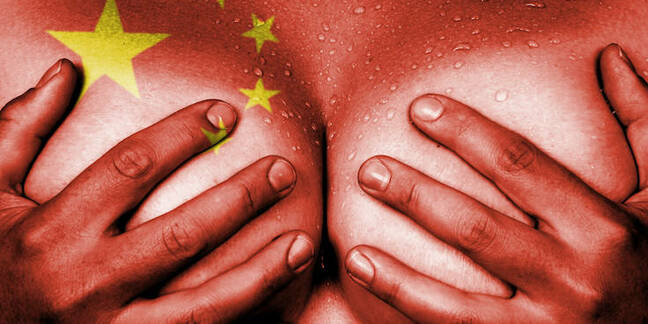 A veteran FBI geek funneled sensitive information about the Feds to the Chinese government – and now faces years behind bars.

Kun Shan "Joey" Chun, 46, sent organizational charts and photographs of spying technology to a handler in the Middle Kingdom, while working as an electronics technician in a New York FBI office.

Chun was born in Guangdong, China, in 1969, moved to America in 1980 aged 11, and became a naturalized US citizen in 1985. He joined the FBI in 1997 and was given top-secret security clearance about a year later.

In 2011, while on a trip to Italy and France, Chun was introduced to a Chinese state official. The pair got chatting, and according to US prosecutors, the g-man revealed sensitive information including the identity and travel plans of an FBI special agent.

The Chinese handler later tried to hit up Chun for more inside information, and in early 2013, the FBI staffer cracked. According to US prosecutors:

The Chinese official asked Chun on multiple occasions for information regarding the internal structure of the FBI. In response to those requests, in approximately March 2013, Chun downloaded an FBI organizational chart from his FBI computer in Manhattan. Chun later admitted to the FBI that, after editing the chart to remove the names of FBI personnel, he saved the document on a piece of digital media and caused it to be transported to the Chinese official in China.

The Chinese official also asked Chun for information regarding technology used by the FBI. In approximately January 2015, Chun took photographs of documents displayed in a restricted area of the FBI’s New York Field Office, which summarized sensitive details regarding multiple surveillance technologies used by the FBI. Chun sent the photographs to his personal cellphone, and later admitted to the FBI that he caused the photographs to be transported to the Chinese official in China.

Chun also, we're told, did research and consulting work for China-based Zhuhai Kolion Technology Company Ltd between 2006 and 2010, which included collecting information about flash drive tech. It appears he was introduced to Kolion through his parents in China and their contacts, whom he knew were linked to the Chinese state.

It's likely this work was gently offered to Chun by Chinese intelligence, via his family, to gauge his willingness to betray America.

Chun was, we're told, given paid-for vacations and nights with prostitutes, while his parents were bunged bags of cash, in exchange for his "research." It appears a contact at Kolion paid for Chun's "five-star" trip to Italy in September 2011 with his then-girlfriend Yan Yi Zhou; the couple met in August that year and wed in late 2013.

In 2012, the Feds carried out what's described as a routine checkup on Chun's security clearance. It was discovered that the FBI techie had lied on his paperwork by not declaring his trips to Hong Kong and China as well as travels to Canada, Thailand, Europe, Australia, and New Zealand – which he was required to disclose but didn't.

Crucially, Chun did not tell his bosses about his closeness to Chinese state officials. He also had terrible OPSEC, relying on email, Skype, WeChat and his personal cellphone to exchange material. Yet, he didn't use normal phone lines because he wasn't sure who could be listening.

Busted by a fellow g-man

In February 2015, an undercover federal agent, posing as a Chinese-born American citizen who had access to sensitive US government documents, met Chun. The FBI techie claimed Kolion had Chinese "government backing" and that his family was in contact with a fairly senior state worker. In March, April, June and July that year, Chun met the undercover agent again in an attempt to recruit him as an informant for the Chinese government, and asked for a cut of any money the undercover Fed received from the Middle Kingdom for leaked material.

In March this year, Chun was arrested and charged [PDF] with acting as an agent for a foreign government. On Monday this week, in a Manhattan court, Chun pleaded guilty, and was released on bail. He will be sentenced in December and faces up to 10 years in prison.

"The truth is that Mr Chun loves the United States and never intended to cause it any harm," Marvinny said. "He hopes to put this matter behind him and move forward with his life."

"Holding accountable those who work as illegal foreign agents to the detriment of the United States is among the highest priorities of the [US Department of Justice's] National Security Division."

Chun's is not the only Chinese espionage case US authorities are pursuing. In a separate case, a New York man has been accused of stealing and exporting to China source code from his employer.

The Feds are building an America-wide face surveillance system – and we're going to court to prove it, says ACLU