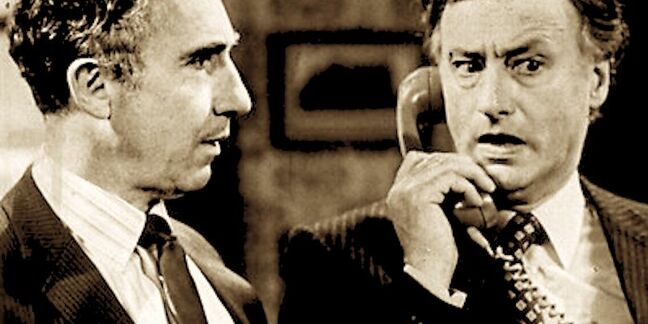 Mark Dearnley – the chief digital and information officer at HMRC, the UK's tax collection agency – is waving goodbye to his £185,000-a-year job in September as he departs for the private sector.

Dearnley joined HMRC in October 2013 under a three-year contract. He described his remit as the transformation of its IT, creation of new digital services and overseeing of the transition from its £800m a year Aspire IT contract.

Last year, HMRC was handed £1.3bn to make the UK tax system the most "digitally advanced" in the world.

The department has also started to transition from its £10bn Capgemini-run project - the government's largest IT contract, which accounted for 84 per cent of HMRC's total spend on technology between April 2006 and March 2014.

Under the replacement programme, HMRC hopes to derive greater value for money by handing out that deal to 400 smaller suppliers and shaving off £200m from the contract per year by 2020/21.

It is also bringing 300 Capgemini and Fujitsu staff in-house via its privately-owned but HMRC-run limited company.

However, in its annual report last month, the Infrastructure and Projects Authority rated the £600m Aspire replacement project as Amber/Red, meaning the programme is at high risk of failure.

Dearnley said: “We have replaced our outdated internal IT, launched digital tax accounts for individuals and businesses, and have successfully concluded negotiations to dismantle the Aspire IT contract, taking more direct control of the design and delivery of our digital technology services at huge cost savings for HMRC.

Mike Potter, HMRC’s Director of Digital Transformation, will lead the CDIO Group in the interim, and HMRC will begin "a fair and open competition for a new Chief Digital and Information Officer very shortly".

HMRC currently manages 650 IT systems to collect around £457bn in revenue and administer over £30bn in benefits. Dearnley's office is responsible for maintaining these systems which includes over 85,000 computers and mobile devices.