Search for elusive particles may shed light on dark matter

Scientists working on the Large Underground Xenon experiment recently announced they had found no signal of dark matter. But although the results were not quite what they hoped for, it has left them feeling even more determined to hunt down the universe’s most mysterious particle.

A second phase of the experiment, known as LUX-ZEPLIN (LZ), is due to begin in the next decade and boasts bigger and better detectors.

Weakly interacting massive particles (WIMPs) have eluded the LUX detectors located one mile beneath the surface of the earth, under the Black Hills of South Dakota, USA. What was found, however, was a load of background noise.

Experiments like these are “not a case of success or failure, but more of a progressive nature”, Chamkaur Ghag, a particle physicist working on the LUX experiment and lecturer at University College London, told The Register.

“It’s sort of like building the fastest car. Okay, we haven’t broken the sound barrier, but we’re getting faster,” Ghag said. 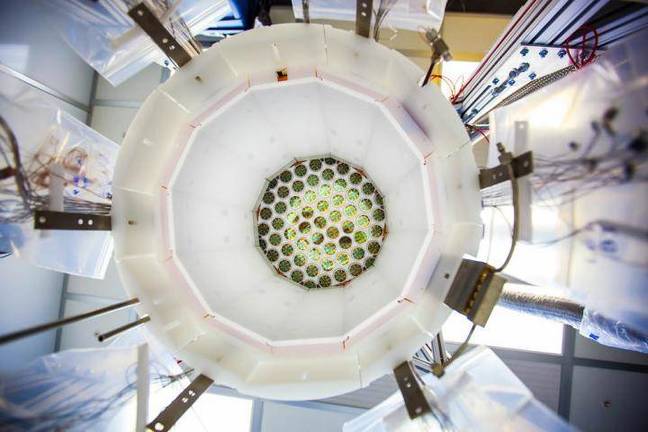 Looking out for the WIMPs

The results show that the LUX experiment is working well and the technology has given researchers a level of sensitivity which has exceeded their expectations.

The LUX detector is a large cylindrical time projection chamber filled with 370kg of cold liquid xenon ready to interact with any WIMPs. Xenon isn’t sensitive to just WIMPs, however, and researchers must sift through any data produced when particles released from radioactive decay and cosmic rays collide with the liquid.

The energy passed on from the WIMP collision dislodges the xenon nucleus by a fraction of a hair’s width. But that small kick of energy is enough to excite it to the point of ionisation, so it emits a flash of light and charge.

The photons from the flash are captured by photomultipliers at either end of the detector and are known as an S1 signal. The electrons are manipulated by an electric field and drift upwards, producing a pulse in the xenon gas which is recorded as an S2 signal.

The electrons from WIMP interactions don’t travel far as they recombine with the xenon ions quickly. The photons, however, are more likely to make it to the detectors, making WIMP signals more likely to have stronger S1 signals.

Background signals are more likely to give stronger S2 signals. Unlike WIMPs the interaction rate for background signals is much higher and can result in multiple hit events, where the background particles can bounce around the xenon tank resulting in more and more electrons emitted during each collision.

The ratio of S1 to S2 signals is what allows scientists to discriminate between a WIMP or background particle.

From the rotation curves in galaxies, scientists have managed to estimate the missing mass and density of dark matter that should be present in the galaxies. 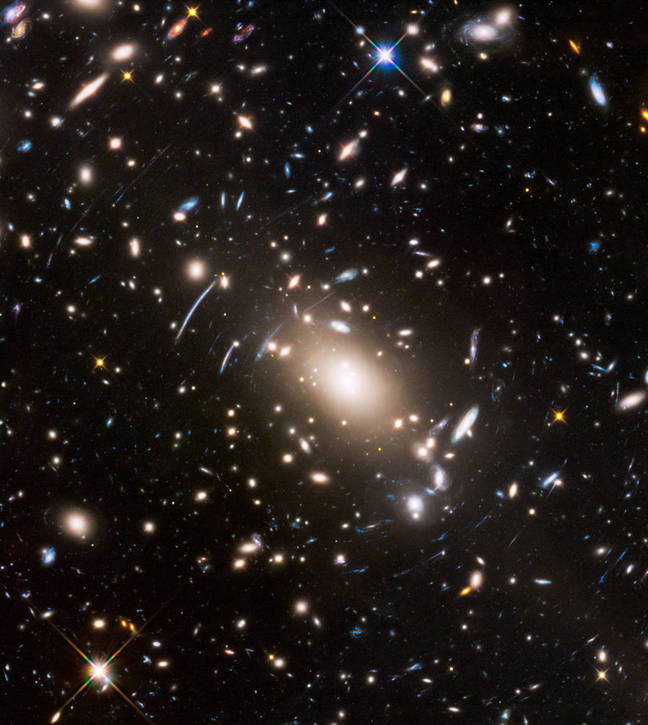 Hundreds and thousands of WIMPs are probably streaming through every cubic centimetre of space, yet scientists haven’t managed to find a single one.

The ghostly particles very rarely interact with ordinary matter. There is approximately only one WIMP interaction per kilogram of ordinary matter per century, Ghag told The Register. So one way to bump up the probability of finding a WIMP is to increase the mass of xenon in the experiment.

The improved LZ phase will have seven tonnes of liquid xenon in the time projection chamber and be 20 times better than LUX, Vitaly Kudryavtsev, a researcher working on LZ and lecturer at the University of Sheffield, told The Register.

A larger water tank will encase the detector to weed out neutrons and other background particles, making the experiment even more sensitive to WIMPs.

The quest to find dark matter is a very competitive field. “[Success is] Nobel Prize stuff,” Ghag said. “But it’s bigger than a medal. It would fundamentally change our understanding of the universe and open particle physics beyond the standard model,” he added.

A dark matter discovery would shake the scientific community - even more than the detection of gravitational waves did, Kudryavtsev believed.

“Gravitational waves was a confirmation of a theory that is truly excellent. But finding dark matter could be seen as even more significant as we don’t even know what it is,” Kudryavtsev told The Register. ®