Crocodile well-done-dee: Downed Down Under chap roasted by exploding iPhone

Warning: pic An Australian chap says he suffered serious burns after he tumbled off his bike and his iPhone exploded.

Gareth Clear, 36, of Bondi, Sydney, says he was cycling last week when he fell and landed directly on the Apple iThing in his back pocket. The handset's lithium-ion battery, apparently damaged by the prang, burst into flames, melting through Clear's bike shorts.

"It's a bit random, the thing to be very specific about, the phone did hit the ground, it didn't just spontaneously combust," Clear told Australia's Daily Telegraph.

"It was a one-in-one-million chance I hit a part of the phone which pierced the lithium battery and it exploded."

From there, the scorched cyclist said he was taken to Royal North Shore Hospital, where the burns on his leg were deemed to be so severe as to require skin grafts. He will reportedly need several weeks to fully recover from the procedure. 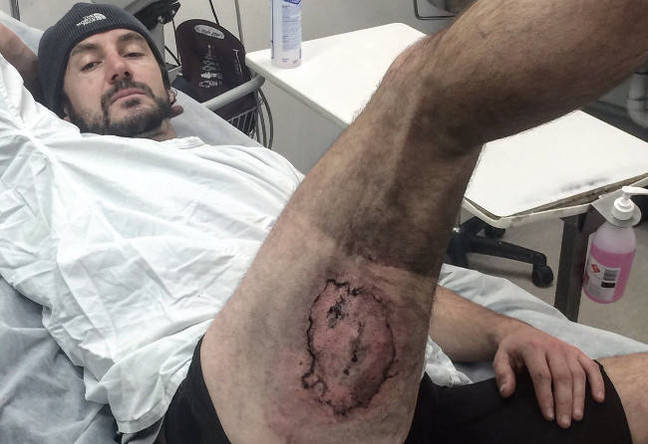 Limp on the barbie ... Clear required a skin graft for his torched tushie 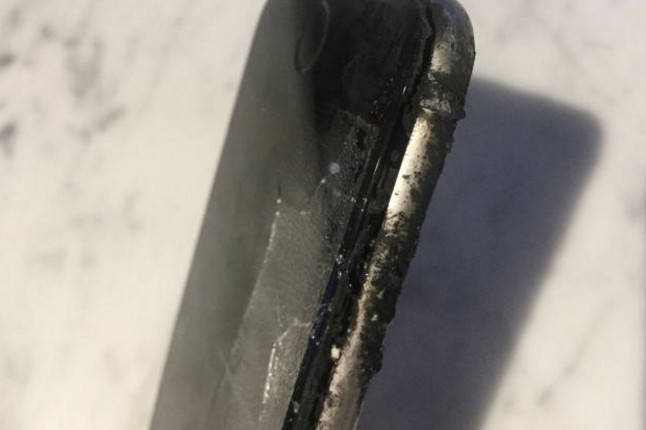 While uncommon, fires from damaged lithium-ion batteries in iPhones have been reported before. In 2015, a New York man suffered second- and third-degree burns when his iPhone 5C blew up in his pants while driving. The issue isn't unique to Apple (other handsets have had similar problems) and can occur in any portable device that uses a lithium-ion battery pack and is subject to being jostled around. ®