Windows 10 for admins and developers

Two of the best features of Windows 10 Anniversary are aimed at developers and IT administrators. One is Project Centennial, also known as the Desktop App Converter, which allows desktop applications to be packaged like UWP apps, as an alternative to traditional Windows setups. The benefits are:

An early example of a Project Centennial application is Evernote, though many more may follow.

The potential here is huge. The arrival of desktop applications in the Windows Store might make it interesting at last, while users benefit from clean install and uninstall and an operating system less prone to decay. 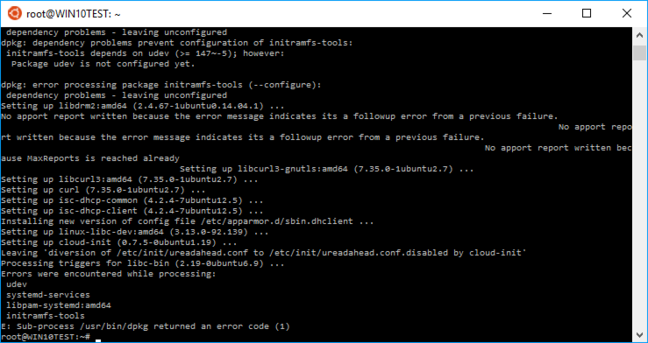 Ubuntu on Windows 10 is great, but the beta implementation is not immune from update errors

Another significant feature is Bash on Windows, which is an implementation of Ubuntu, without a GUI, running via the new Windows Subsystem for Linux, which redirects system calls. The feature, which is still in preview, is primarily aimed at developers, enabling them to use popular Linux tools and utilities. The subsystem has shared access to the file system, but processes are isolated.

One reason to run Bash on Windows is to avoid the MAXPATH limitation, which limits the length of a directory path to 256 characters. This is not an issue for the NTFS file system, but is a gnarly compatibility problem; if Microsoft removed the limitation, many applications might fail or become insecure. It is a real problem for programming tools born on Unix-like operating systems that use deeply nested directories for organising files. 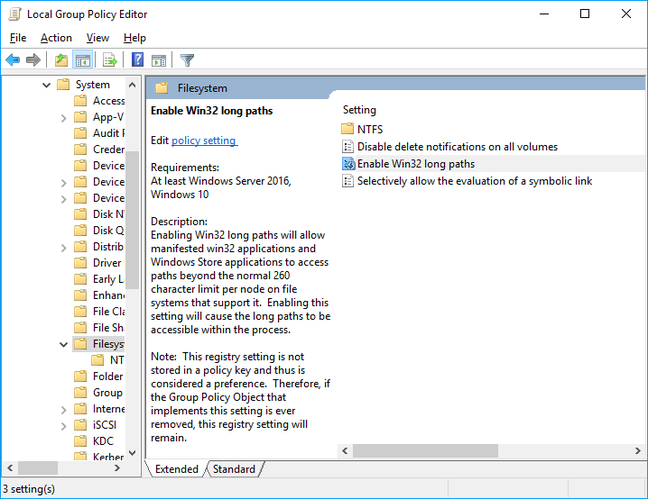 It turns out that the Windows 10 Anniversary Update has another solution. A new option found in Group Policy, used for automated configuration of Windows systems, suggests that Long Path support will be allowed for applications that specifically state support for it in their configuration files. This feature alone makes the Anniversary Update attractive for Windows developers, especially those who also work cross-platform.

Windows 10 Anniversary Update is not dramatically different from the initial release, but adds polish as well as some useful new features to the operating system. That said, Microsoft has not eliminated the sense that Windows has two personalities, UWP and desktop, leading to both cosmetic and functionality issues at times. The updated Defender is an example – it looks like a desktop application, but hit Settings and UWP-style settings open, with a completely different look and feel.

Microsoft has stepped back from Windows 10 smartphones, removing a key rationale for the UWP. It has also reduced the security inherent in the Windows Runtime developed for Windows 8, allowing its sandbox to be breached by Project Centennial, and stating that a much larger subset of the Windows API will be available in UWP. Windows Tablets have also been undermined by Intel's retreat from its low-power Atom chips. What then is the point of UWP? There are certainly manageability advantages, and a successful Windows App Store is another potential benefit, but it has become a strange platform that can only be explained by its history.

Despite these issues, Windows is moving forward and the Anniversary Update demonstrates real progress from the initial release of Windows 10. The nature of Windows-as-a-service, of course, is that most Windows 10 users will eventually have to upgrade whether or not they wish to. Fortunately, in this case it is no bad thing. ®