BlackBerry: Forget phones, Lawsuits In Motion is back – and it's firing off patent claims 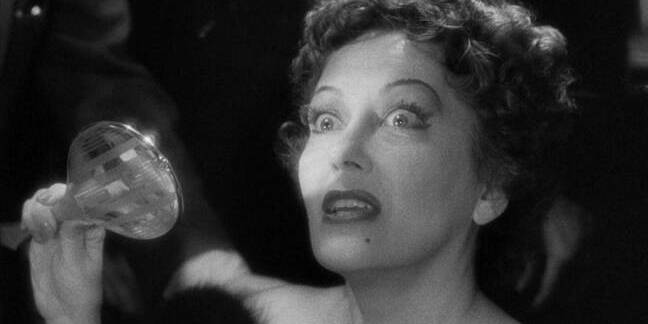 Analysis When Blackberry announced earlier this year it was going to give up making mobile phones, most wondered what it would actually do as a company. Part of the answer is rebadged Android gear.

Now another part has arrived in a new lawsuit lodged against internet telephony company Avaya: BlackBerry's going to become a patent troll.

What makes the case that much sadder is the lawyers' wistful harking back to when the company was cutting edge and leading the market. The lawsuit [PDF], filed this week in the northern district of Texas, begins: "BlackBerry revolutionized the mobile communications industry. Its innovative, cutting-edge products changed the way millions of people around the world connect, converse, and share digital information."

It goes on in the same vein for several pages, talking about how the company "laid a foundation for today's multibillion-dollar modern smartphone industry" and "invented a broad array of new technologies that cover everything from enhanced security and cryptographic techniques, to mobile device user interfaces, to communication servers, and many other areas."

Like an old movie actress staring in the mirror and reliving her glorious past, the 115-page lawsuit reads more like a hagiography than a legal document. "Each successive iteration of BlackBerry’s wireless devices received significant unsolicited coverage in the media," it pouts, pushing up its hair at the sides.

And your point is...

Eventually it gets to the point: it has a huge portfolio of patents and having lost almost its entire market to Apple and Samsung, it now wants to make its money from royalties on other people's profits.

Unfortunately for BlackBerry, its main competitors also have huge patent portfolios so if it were to sue them it would find itself in a confrontation it couldn't possibly win. And so, it has picked on poor old Avaya.

The lawsuit claims Avaya is infringing on eight of BlackBerry's patent that cover everything from "methods of displaying messages" (US no. 8,116,739) to "method of generating a cryptographic public key" (US no. 7,372,961). Notably, the most recent patent stems from five years ago.

The other six are:

Most concerning for the broader industry is the company's claim that Avaya has infringed a patent covering OpenSSL patent – the open-source encryption software library used in a huge array of products, meaning that BlackBerry is likely sizing up every company that has money but not a sufficient large patent counterattack.

Those eight patents are also but a drop in the ocean compared to the estimated 40,000-plus patent war chest BlackBerry has built up. Back when the company saw itself as forever leading the mobile phone market, it knew that such a stockpile would come in handy against bigger tech companies and so for a decade or more furiously patented every small improvement it made – often generating as many as three applications a day.

It added to that pile with the acquisition of other companies, furiously grabbing at the patent crumbs from Nortel after it failed in its bid to buy the company.

In many respects, patent troll is a natural, if sad, profession for BlackBerry to fall back on. Combined with its hefty patent club, it has always had a predilection for suing other companies – so much so in fact that before it renamed itself after its best selling product and was called Research In Motion (RIM), we at The Reg used to refer to it as "Lawsuits in Motion".

And the warning signs were there: last year CEO John Chen said that making money from its BlackBerry was going to be an "important aspect of our turnaround," after he finally gave up on winning back the handset market.

It recently won another patent infringement case against MTel, and the reality is that the company's patent portfolio is now worth almost as much as the entire rest of the company – somewhere between $2bn and $3bn.

So farewell then, beloved smartphone maker. We loved your little clicky keyboard and would still kill for that thumbwheel on the side of our phones (the vibrating white clitoris less so). We abandoned you for phones we could stroke and tap (Steve made us do it!) and your envy turned you into a troll. We only have ourselves to blame. ®