Toshiba has made a 7.68TB version of its dual-port ZD6000 NVMe flash drive available and DDN storage is using the drive in its IME14K burst buffer product.

This complements Apeiron's use of 1.6TB and 3.2TB versions in its NVMe flash array.

Toshiba's announcement mentions that the ZD6000 has increased input/output (I/O) performance compared to prior models. It says that IME14K can scale up to 48 x ZF6000 drives with drive capacities ranging from 800GB to 7.68TB. A drive image reveals the product model number to be ZD635E020 and this is a Toshiba OCZ Z-Drive designation. 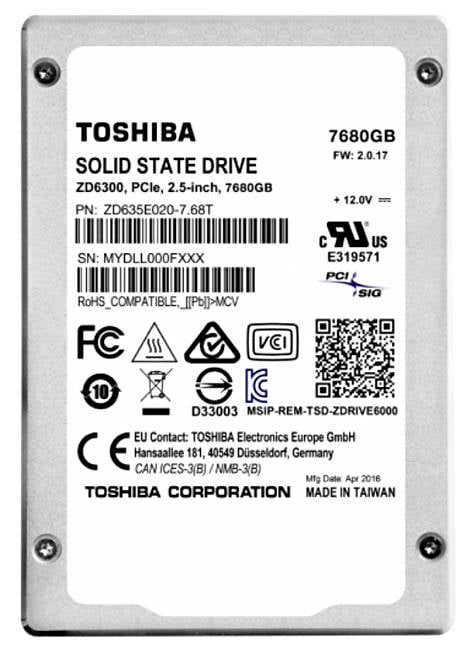 The DDN ZD6300 product has a different capacity level – 7.68TB – and this is, we understand, a customised product for DDN. 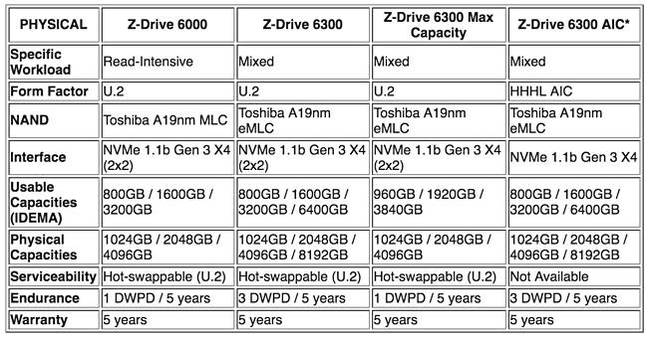 We might expect that, over time, 3D NAND will be used to bump up ZD6000 product capacities further, potentially doubling them. ®