Latest Androids have 'god mode' hack hole, thanks to Qualcomm

Nexus users move right along. Everyone else, read on and hope your mobe-maker fixes it

Attackers can write malicious apps that, when installed, exploit the software flaws to gain extra privileges on Android Marshmallow and earlier versions of Google's mobile OS, allowing the code to gain control of handhelds.

The good news is that three of the four holes, disclosed at the DEF CON security conference, have been patched. A fix for the remaining flaw will land shortly.

Owners of pure Android Nexus handsets are already patched, provided they accepted the over the air updates, but those operating other models will need to hope their largely unmotivated manufacturers will cop the cost of integrating the fixes into their own custom Android ROMs.

Researchers say the attack can be woven into an app that would execute without requiring users to approve Android access permission checks. 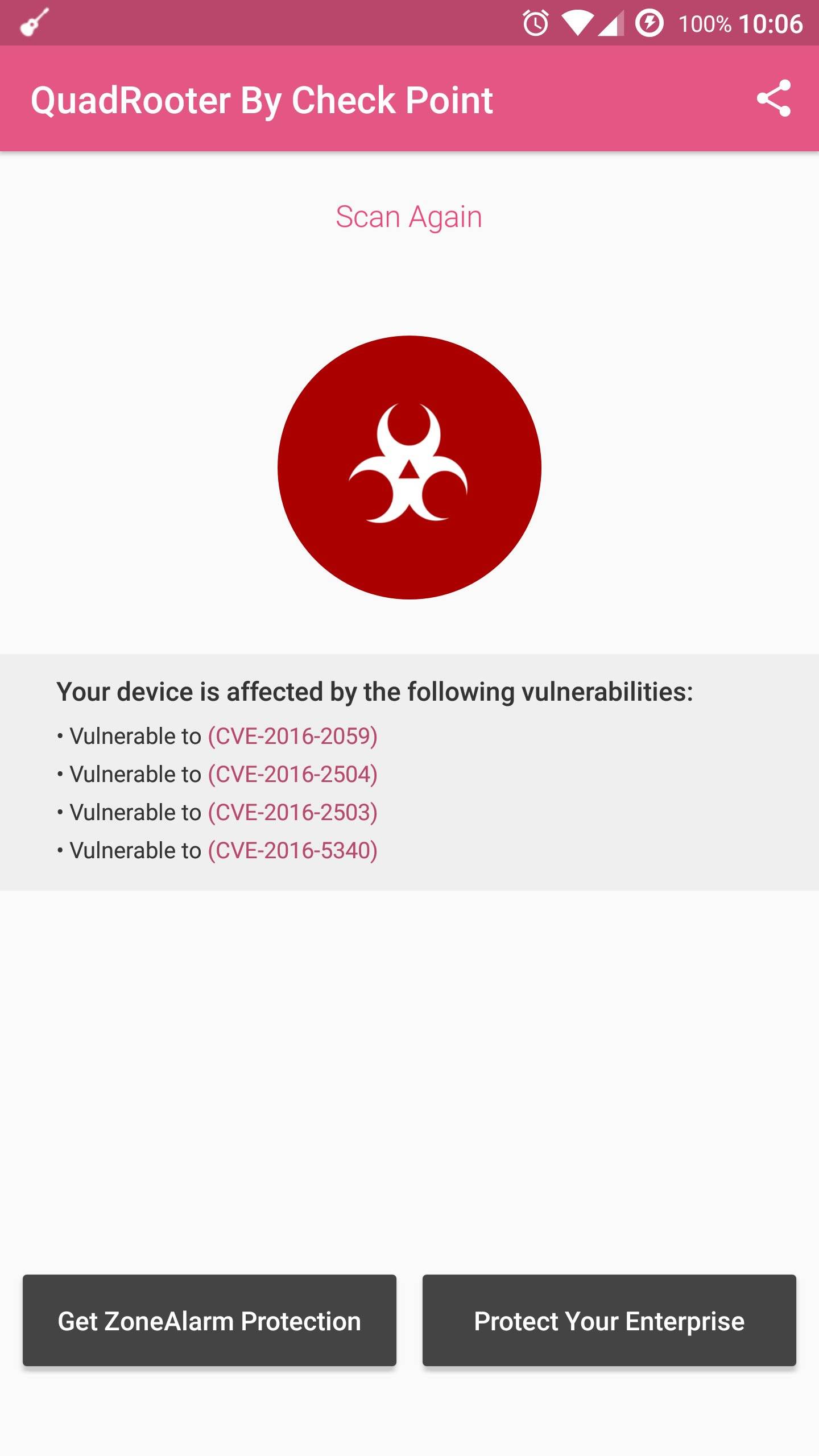 "Such an app would require no special permissions to take advantage of these vulnerabilities, alleviating any suspicion users may have when installing."

The flaws affect Qualcomm chip software drivers installed at the point of manufacture, meaning updates must be pushed from the hardware company to phone vendors before it can flow to users.

"This situation highlights the inherent risks in the Android security model," the team says.

"Critical security updates must pass through the entire supply chain before they can be made available to end users."

The many millions of devices affected by various Android vulnerabilities is an often over-simplified metric; exploits usually need to be customised for different makes, models, and Android operating system versions in order for compromise to occur, and one simple app is not enough to own an entire ecosystem.

"The ecosystem is such that it makes exploitation more difficult because it needs to be designed for [each device],” Dai Zovi said at the time. “[Android] security features like verify apps, and Google Play store application checks makes it a much safer system.”

Checkpoint's attack dubbed Quadrooter could, with some skill applied, be baked into legitimate apps hosted on the Google Play store. Lazy hackers will gain less victims by circulating it as a third party apk app installation file which requires users to flick a switch to intentionally allow installation of external apps.

Users can check if their phones are vulnerable using Check Point's free app.

Qualcomm has a 65 per cent share in LTE chipsets. ®

But overpriced, useless fighter jets? That's something we can get behind
Research29 Sep 2022 | 15

Here's what 1,100 incident responders say about their jobs, just in time for NSCAM
Cybersecurity Month3 Oct 2022 |