Time to re-discover the lost art of selling PCs 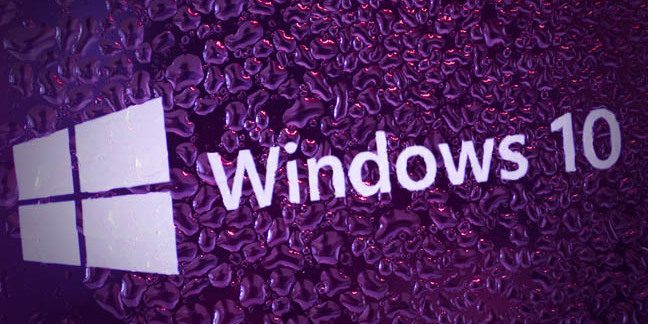 After 12 months of “free” upgrades, it's now business for usual for Microsoft and the hard work begins on trying to shift paid-for Window 10.

Microsoft closed the door on free upgrades from Windows 7 and Windows 8.1 to Windows 10 on July 29. The Anniversary Update of Windows 10 arrived on August 2.

From now on, if you want to download Windows 10 you must pay $199. The other option is to buy a new PC loaded with Windows 10.

Of course, you were probably already ready anyway to bin your old kit if you planned to move to the new OS.

While on paper consumers could download Windows 10 for free to their old machines, the likelihood of actually getting it running was in question.

Shot memory and dated processors in your gear meant you were unlikely to get Win 10 running on that old PC.

More likely, you bought a new computer from a supplier who had Windows 8.1 PCs hanging about in the stock room and then upgraded once you got home.

That said, “free” did help get Windows 10 installed on a heck of a lot more PCs in its year-long lifecycle than any of its predecessors during their first year.

Microsoft in 2015 foresaw one billion devices running Windows 10 within two to three years; ahead of the Windows 10 anniversary it jettisoned that goal. Twelve months of “free” got Windows 10 on just over 350 million devices – a solid start according to Gartner, and better than OS uptake of years past.

Given, too, the ongoing sluggish-to-negative performance of PC sales, Windows 10 did especially well.

Steve Kleynhans, Gartner’s vice president of mobile and client computing, told The Reg: “Getting a few hundred million people to take that plunge is actually pretty good… given the precipitous drop-off in Windows Phone and the continued sluggishness of the PC market. It’s a miss, but not unexpected.”

McLovin it? Maybe not...

The only caveat is that Microsoft, and Windows fans, would have expected Windows 10 to be so good it would seen more downloads.

That was how things used to work: Microsoft believed in Windows XP and Windows Vista so fervently and so manifestly it expected people would be impelled to drop what they were doing and buy a new PC just to have the new OS.

Which brings us down to the real point. How and where does Microsoft go from here?

There now exists an install base of 350 million PCs for Windows 10 Anniversary Update at least.

The nature of Windows as a service means they will be compelled to upgrade to the new edition at some point. So, on paper, there will be 350 million PCs running Windows 10 Anniversary Update.

But growth is growth, so how does Microsoft break this out?

Windows 10 Anniversary Update – which we recently revealed has been freezing computers – puts more pressure on the hardware, demanding at least 2GB of memory, so only those running really recent machines with Windows 7 and 8.1 will realistically be able to start running the Anniversary Update. So they'll need a new machine. The PC industry, meanwhile, remains slow-to-sluggish with little-to-no sign of improvement.

The question for Microsoft, therefore, is how it works with OEM and channel partners to tempt customers into buying a brand-new device running Windows 10. And, of course, the kind of money and programs it develops to push Win10.

This is how Microsoft used to work with PC partners but the new CEO sees Microsoft as a cloud, devices and data company so how much attention relationships with traditional PC suppliers really receives is in question.

Kleynhans said: “Windows has a new role at Microsoft and some of this is the uncomfortable adjustment to how to play that role. It is no longer the central lead player for the company, but rather one member of an ensemble cast that supports a new corporate agenda.”

On the other hand, if there's no shift to new kit, that leaves Microsoft trying to persuade the millions of users on reasonably new, existing PCs that they need to make a move.

And that was already an uphill task, even when it was “free”. But "free” became “push” as deadline time approached and Microsoft pressed users to upgrade using a tightening screw of nagware messages to install Windows 10.

Customers will likely forget that pushing now, and upgrade hold-outs could move on.

But now there's a hurdle in the way - Windows 10 costs $199 a pop. The even bigger hurdle, of course, is the price of buying a new PC.

Microsoft and partners will therefore have to find a way of working together, as in days of old, if Redmond is really serious about expanding that Windows 10 base. ®