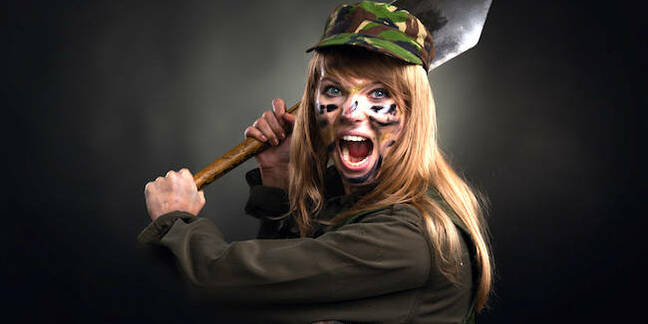 By the end of the year, Google Chrome will block virtually all Flash content and make whatever's left click-to-play by default.

In September, Chrome 53 will kill off all background Flash content, which is about 90 per cent of Flash on the web, according to Google.

Then in December, Chrome 55 will use HTML5 for video, animations, games and similar stuff. If there is no HTML5 available and instead just Flash, you'll be asked to explicitly enable the Adobe plugin to view it.

This will pile immense pressure on web developers to use HTML5 and ditch Flash, because Chrome will deliberately stall the plugin's user experience.

It's effectively throwing Flash out into the cold winter's night. There is no more room at the inn. Google says it prefers HTML5 because it's faster to load than Flash and easier on handhelds' batteries. But the elephant in the room is Flash's dreadful security record: it is a screen door that lets the sewage of the internet seep in and infect computers.

In December, Chrome 55 will make HTML5 the default experience, except for sites which only support Flash. For those, you'll be prompted to enable Flash when you first visit the site. Aside from that, the only change you'll notice is a safer and more power-efficient browsing experience.

This comes after Chrome 42 made ads and other cruft click-to-play by default, and Google vowed to kill off Flash auto-play for good in its software by the end of the year. ®