Little choice in fast US ISPs

Americans still have little choice in broadband ISP – unless they want to put up with slow speeds. That's according to a study published this week by US watchdog the FCC.

Here's how it breaks down:

A quarter of the nation has just two providers to choose from if they want 10Mbps to 25Mbps down. And half the country has just one provider if they want faster than 25Mbps down. These figures are virtually unchanged from last year. Here's how it all stacks up: 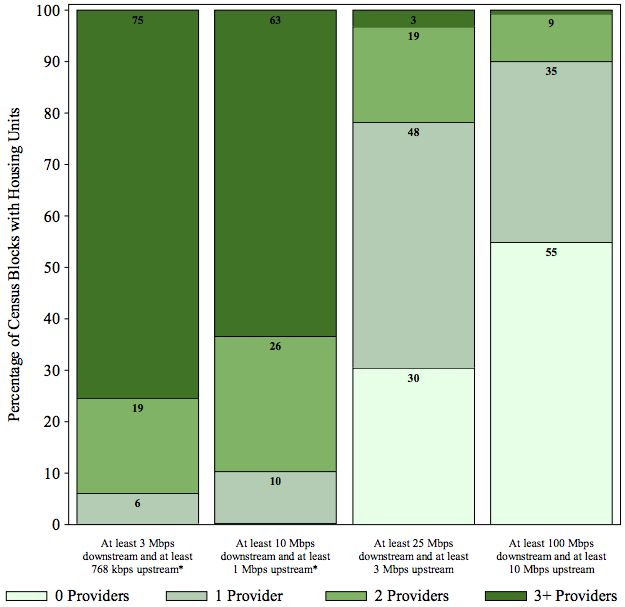 You can find all the facts and figures here [PDF]. ®