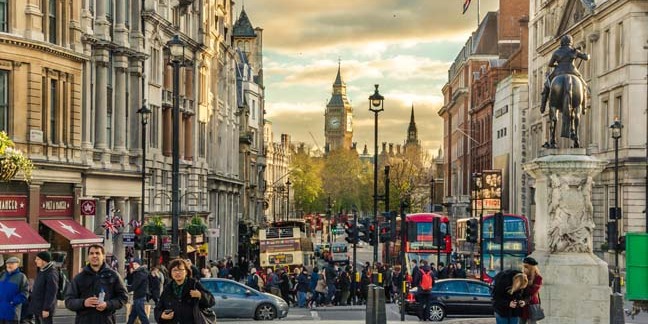 Exclusive The British government’s high-profile inquiry into historic child sexual abuse has been hampered by IT delays, which have been a major component of its "legacy of failure”.

Since it was announced in 2014, the Independent Inquiry into Child Sexual Abuse (IICSA) into decades of child abuse and corresponding cover-ups has had four chairs, with Professor Alexis Jay taking the helm last week.

Justice Lowell Goddard, who was appointed in February last year to chair the unprecedented inquiry, stepped down earlier this month.

In her resignation statement she said: “Compounding the many difficulties was its legacy of failure which has been very hard to shake off and with hindsight it would have been better to have started completely afresh."

Those problems have included a series of difficulties in procuring an evidence management system, intended to provide safe storage and controlled access system for highly sensitive information going back decades, The Register can reveal.

A spokeswoman from the IICSA confirmed that Northgate Public Services had been appointed as a preferred bidder, but said both sides had later amicably agreed not to enter into the contract, which resulted in a delay.

"Following pre-contract work, IICSA and the preferred bidder, Northgate Public Services, agreed not to move to contract for the EMS. Northgate were paid £275,000 for the work they had done to that point. We are currently in discussion with another potential supplier about providing a system to the Inquiry.”

She added: "The new system will help us process a large volume of evidence more easily. Our existing IT systems are secure for storing information.”

However, it is unusual for an inquiry of this nature not to have an evidence management system already in place. For example, such a system was used in similarly high-profile inquiries such as the recently concluded Chilcott Inquiry.

One year after IICSA was set up, no formal evidence – given in a court setting with lawyers and a judge – has been taken. The Truth project, intended to catalogue thousands of testimonies and personal statements, has only just started.

The Register understands that secure evidence management systems are available off the shelf and have previously been deployed in a matter of weeks.

In July 2015, the inquiry said the "procurement process to acquire a secure information technology system is well underway”. But by April 2016 the inquiry had issued a £15,000 contract for a consultant to conduct an IT review for the "sustainability of systems,” according to Contracts Finder.

The IICSA spokeswoman said the inquiry has an IT Security Lead, as well "as other staff with significant experience in ensuring the security of information”. However, IICSA would not name the head of security nor was it prepared to detail the staffer's qualifications or experience.

The current delays raise serious questions as to whether the underlying problems will negatively impact the new chair.

Northgate Public Services said it had nothing further to add.

The IICSA was set up following investigations into the Jimmy Savile sexual abuse scandal, which revealed claims of widespread abuse stretching back over decades by prominent media and political figures, as well as inadequate safeguarding by institutions responsible for child welfare.

The first two chairs were Baroness Butler-Sloss and Fiona Woolf. Both stepped down due to their perceived closeness to individuals and establishments figures who might have directly or indirectly been part of the investigation. ®

Europe supplants US as biggest source of child abuse hubs

Scumbags host 92% of it in just 5 countries

When it comes to DNS over HTTPS, it's privacy in excess, frets UK child exploitation watchdog