Needs work on the branding 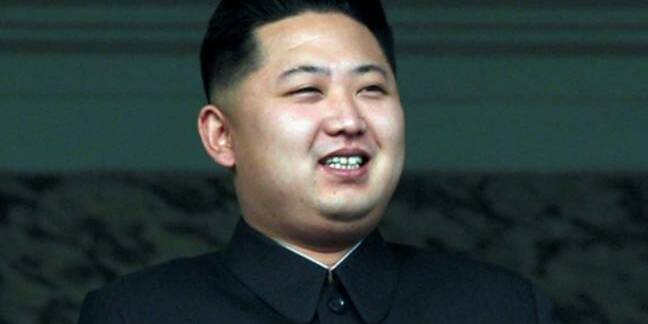 Denizens of the Democratic People's Republic of Korea (aka Best Korea) get precious little internet access as it is, but the lucky (and loyal) few will now have a Netflix-style streaming service to match similar systems in the decadent rest of the world.

The system – unfortunately dubbed Manbang – comes as a set-top box connected to a modem and then to the phone line. The box has an HDMI cable to connect to a television and then the lucky Norks can get access to five channels of content, can scan a special channel with news about the glorious supreme leader Kim Jong-un, and can also read state newspapers online.

"Children tended to pester to show new interesting videos again after their release, but we had difficulty in dealing with it," Kim Geun Hee, a teacher at Sariwon orphanage told state media, NK News reports. "However, we are happy since we are now able to show films to them again, and children enjoy it."

It's not Orange is the New Black or Game of Thrones – although the latter show would probably be deemed a threat to state security – but Best Korea will no doubt be hoping the new service will inspire its people to feel they are just as high tech as the outside world.

After all, the country already has its own operating system (packed with surveillance systems), its own computer game (although it's no Grand Theft Auto), and even a hydrogen bomb – depending on who you believe.

Nevertheless, the set-top box is unlikely to find many takers. Internet access is tightly restricted for Norks, only the highest and most trusted state employees can get it, and websites they visit are logged by state investigators. ®