'We apologize for any inconvenience that this might cause' 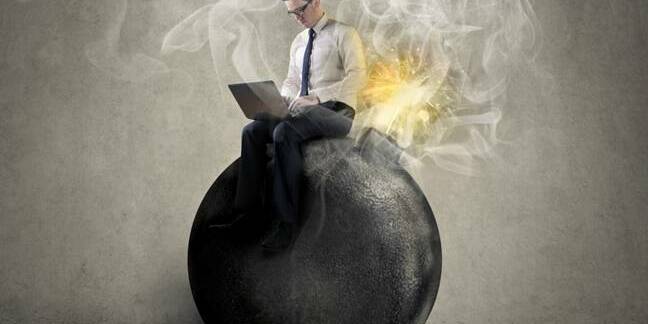 You'd be forgiven for thinking Microsoft is actively trying to stop people using Windows 10 Anniversary Edition. A patch this week broke one of the key features of the OS: PowerShell.

KB 3176934, released on Tuesday as an automatic update, addresses a good number of bugs and other oddities in the operating system, including:

It doesn't, however, fix up webcams blinded by video streaming changes made by Redmond – nor does it prevent computers freezing entirely as some have reported.

Instead, it just made matters worse by breaking Microsoft's scripting and automation platform PowerShell. Specifically, it borked PowerShell's Desired State Configuration (DSC), which is useful for managing and controlling networks of PCs and systems in an automated way.

"Due to a missing .MOF file in the build package, the update breaks DSC. All DSC operations will result in an 'Invalid Property' error," an advisory from the PowerShell team reads.

Microsoft says it won't be issuing an update to fix the matter until August 30, and states, apparently without a hint of irony, that "we apologize for any inconvenience that this might cause."

To undo the update, uninstall it by running the following in PowerShell:

As mistakes go, this is a embarrassing cockup on Microsoft's part. Redmond has made quick'n'easy PowerShell a key selling point of the operating system to admins right from the start of its pitch for Windows 10, and the focus pleased a lot of IT managers who like the software.

Microsoft even went as far as to open source PowerShell last week, a move that garnered high praise in some quarters. Now it has broken PowerShell for early adopters of W10, and the multi-billion dollar company can't seem to get its act together to fix the issue until next Tuesday.

And Redmond wonders why people are leaving its products for open-source alternatives. ®

Obit Cyberlibertarian and Grateful Dead lyricist passes away at 70

US government internet and spectrum overseer resigns, along with legislative director

*Microsoft taps your shoulder* Hi sorry yeah, we're still suing US govt for right to tell people when they are spied on