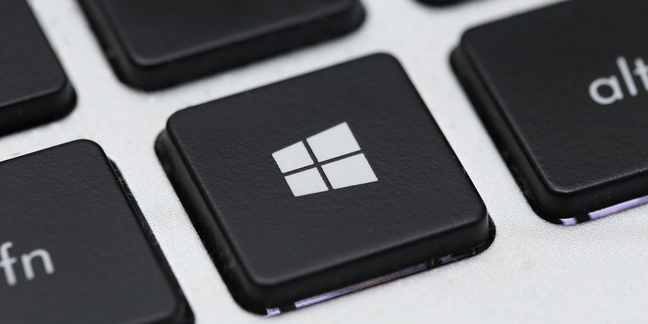 Mike Norris, boss of the London-listed services-based reseller, said the pending contract sign-off for managed services for the entire group was “encouraging” and “should deliver growth in 2017”.

“Even more noticeable is the growing pipeline for Digital Workplace projects which we are looking to close in the second half of 2016, as customers look to take advantage of new operating systems.

“Particularly pleasing is the likely growth in major customers, one of our key strategic performance indicators,” Norris added.

Windows 10 was rolled out to the market last summer. Gartner has historically claimed corporate enterprises don’t adopt new OSs until around 18 months after release when the initial bugs are ironed out.

Perhaps customers in banking & finance, energy, manufacturing and retail where Computacetner specialises have decided to embark on a replacement cycle. There was a chunky desktop refresh in 2014 when Microsoft ended extended support for Windows XP.

Despite the upbeat talk about the prospects for Windows 10 adoption, Computacenter’s group numbers were flat for the six months ended 30 June at £1.478bn and profit before tax shrank nearly 14 per cent to £25.3m, largely due to a weak showing in Blighty.

The UK arm was off the pace: sales fell 5.2 per cent to £653m, off the back of previously mentioned managed services contracts that were not renewed at the end of last year.

UK service revenue was down 7.3 per cent to £224m but supply chain Computacenter’s title for product reselling fell more modestly at 3.9 per cent to £408m. Operating profit dropped nearly 39 per cent year-on-year to £14m as product margins dipped, fewer services were delivered and an office move cost £1m.

Computacenter said that outside of the potential weakness in the UK economy and the currency movements, it was “still too early” to decipher the impact of Brexit on its business.

Business on the European mainland was brighter, with turnover in Germany up 6.6 per cent in constant currency to €780m, including gains in both services and product sales. Operating profit climbed just over five per cent to €12.2m.

Sales in France fell 4.4 per cent €248m but the business broke into profit for the first time in some years, making €1.2m versus a €4.1m loss in the same period a year ago.

The group said it remains on track to meet financial analysts’ expectations for 2.6 per cent revenue growth to £3.13bn. ®

Mayday! Mayday! The next Windows 10 update is finally on approach to a PC near you