Apparently everyone could pay 0.005 per cent tax if they only asked

Forcing Apple to pay the same tax rate as other companies will lead to the destruction of Europe, according to its not-entirely objective CEO Tim Cook.

"This would strike a devastating blow to the sovereignty of EU member states over their own tax matters, and to the principle of certainty of law in Europe," Cook said in a statement Tuesday, adding: "Beyond the obvious targeting of Apple, the most profound and harmful effect of this ruling will be on investment and job creation in Europe."

On Tuesday, the electronics giant was hit with a massive €13bn ($14.5bn) tax bill following a two-year investigation into the unusual arrangement Apple had reached with the Irish tax authorities that saw it pay an extraordinary 0.005 per cent tax rate in 2014.

The European Commission called it "illegal state aid," the Irish tax authorities claimed they had "collected the full amount of tax due," and Apple... well, Apple claimed that the same deal is available to every business based in Ireland, if only they ask.

"Over the years, we received guidance from Irish tax authorities on how to comply correctly with Irish tax law – the same kind of guidance available to any company doing business there. In Ireland and in every country where we operate, Apple follows the law and we pay all the taxes we owe."

Cook also strongly disputes the EC's claims that Apple has reached a special agreement with Ireland: "The opinion issued on August 30th alleges that Ireland gave Apple a special deal on our taxes. This claim has no basis in fact or in law. We never asked for, nor did we receive, any special deals." 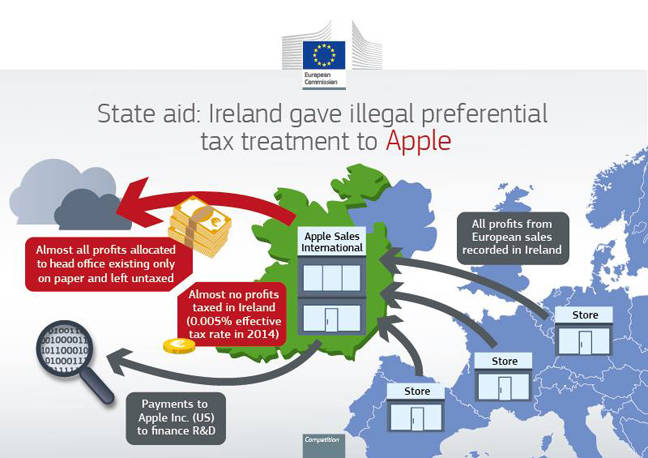 Of course, the suspicion is that the Irish authorities struck a deal with Apple in order to get it to hire people in parts of the country that were not doing well. Cook's response only serves to support this idea, and could even be seen as a coded warning to the Irish government that if it doesn't fight the decision, Apple will start dropping people.

"In October 1980, Apple opened a factory in Cork, Ireland with 60 employees," Cook said, reminiscing about the days of Steve Jobs. "At the time, Cork was suffering from high unemployment and extremely low economic investment ... We have operated continuously in Cork ever since, even through periods of uncertainty about our own business, and today we employ nearly 6,000 people across Ireland. The vast majority are still in Cork." 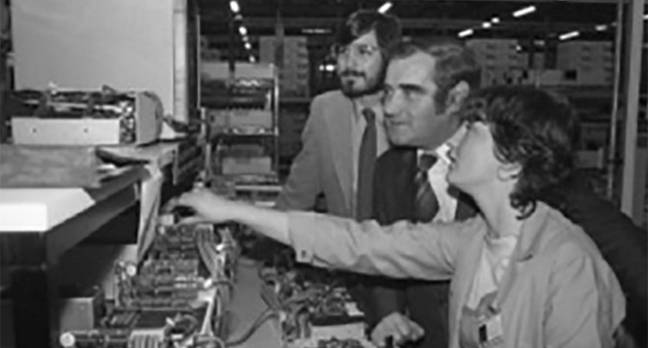 He also implies that forcing Apple to pay billions in back taxes may impact the country, beyond just itself: "Countless multinational companies followed Apple by investing in Cork, and today the local economy is stronger than ever."

Despite the huge potential bill, Apple's share price dropped by just one per cent on the news. That is likely in no small part because it will still be the Irish tax authorities that ultimately decide how much Apple must pay. And Ireland is currently sticking to its guns, saying it will appeal the ruling.

Cook says Apple will do the same and notes: "We are confident that the Commission's order will be reversed."

Whether it will be or not is the fifteen billion dollar question. ®