Who's in charge of gummint IT anyway? 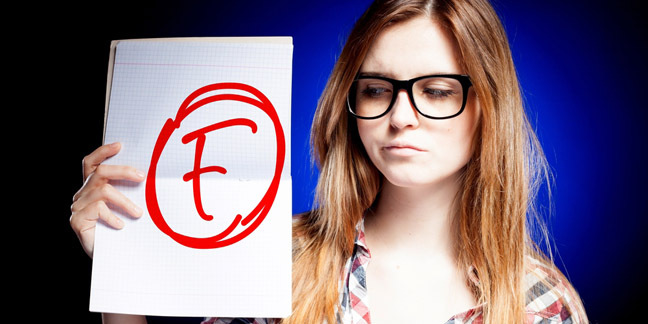 Australia's Senate has voted to establish a committee to look into the Australian Bureau of Statistics' August Census IT collapse.

The news comes as the government promises to fix another slow-motion train wreck by the end of 2016 – the online portal for the country's National Disability Insurance Scheme (NDIS).

The Senate yesterday voted in favour of a motion put by minor party leader Nick Xenophon to refer the Census problems to the Senate's economic reference committee. The committee will be looking both at the IT outage that took the online Census offline for days; and the privacy implications of retaining names to help create a national identity key.

That inquiry begins in November; a separate report from cyber security special adviser to the prime minister, Alastair MacGibbon is due by the end of this month.

On August 9, the system collapsed, and the ABS blamed a combination of factors: internationally-hosted denial-of-service attacks that should have been prevented by the system's geoblocking (it rejected connections from IP addresses outside Australia); the failure of a firewall; a misconfigured backup unit; and “false positives” from its security systems that led to the decision to take down the site entirely.

Not all of these explanations satisfy Australia's IT sector.

Since then, resistance to the Census seems to have continued, since the ABS is still running advertisements both in “legacy” media (TV and newspapers) and online (including within mobile apps).

The other leading entry in “Government IT Fails of 2016”, the NDIS, has had a fix promised by social services minister Christian Porter.

The portal is the key public interface to the disability support scheme, and was meant to replace the previous system of disability payments. The portal was supposed to let NDIS providers lodge claims when they provided services, but it collapsed soon after launch.

As a result, providers were either unable to submit claims, or reporting that claims went unpaid for between weeks and months.

Individuals have also been impacted, unable to get approval for the care plans necessary to give them access to health care and equipment funded under the scheme.

The government was insisting as far back as the beginning of August that the portal was fixed, conceding only that it needed an inquiry to work out what went wrong and putting PwC in charge of the review.

On Wednesday, the minister said his initial advice from PwC was that the problems were the result of a short-lived technical glitch that had now been resolved.

The Australian Broadcasting Corporation's AM radio current affairs program now says the backlogs won't be completely cleared until the end of the year.

It reports that the Council of Australian Governments' Disability Reform Council will today rubber-stamp the strategy.

Speaking to the ABC, Dr Ken Baker who heads National Disability Services said the problems happened because the system was rushed, and wasn't given end-to-end testing before it went live.

As a result, he said, “I'd be very surprised if the NDIS was on target at this stage.”

+Comment: It seems at least reasonable to suggest that the government's growing litany of IT project failures is a symptom of two long-standing practices: outsourcing as much as possible, while stripping staff and their skills out of the public service.

An outsourcing strategy can only work if there's someone with the skills, knowledge, and experience to identify what's missing from a tender – such as a disaster recovery plan (in the case of the Census) or an end-to-end testing strategy (in NDIS).

Savings are moot if the project ends in tears and needs yet more consulting time on recovery. ®