Is it time to unplug frail OpenOffice's life support? Apache Project asked to mull it over

Software hit by dev drought: Patch it or lose it 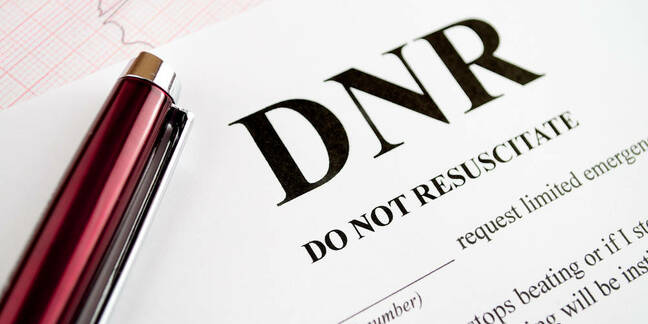 The Apache OpenOffice project has limited capacity for sustaining itself in an energetic manner. The retirement of the project is a serious possibility.

Those are the words of Dennis Hamilton, the volunteer vice-president of OpenOffice who advises the Apache Software Foundation board. Yesterday, he publicly floated the idea of possibly shutting down the software suite because there just aren't enough developers working on the code, and security bugs aren't being dealt with.

I have regularly observed that the Apache OpenOffice project has limited capacity for sustaining the project in an energetic manner. It is also my considered opinion that there is no ready supply of developers who have the capacity, capability, and will to supplement the roughly half-dozen volunteers holding the project together. It doesn't matter what the reasons for that might be.

In the case of Apache OpenOffice, needing to disclose security vulnerabilities for which there is no mitigation in an update has become a serious issue ... It is remiss of me not to point out that retirement of the project is a serious possibility.

There are those who fear that discussing retirement can become a self-fulfilling prophecy. My concern is that the project could end with a bang or a whimper. My interest is in seeing any retirement happen gracefully. That means we need to consider it as a contingency. For contingency plans, no time is a good time, but earlier is always better than later.

On the topic of OpenOffice security bugs, Hamilton shed some light on the handling of CVE-2016-1513, a vulnerability that can be exploited by a malicious presentation document to execute code on a machine when opened. It was reported in October, around the release of OpenOffice 4.1.2. A fix was developed in March although there was no rush to patch the public source code because there was a fear internally that miscreants would spot the commit and realize it was exploitable. Instead, the OpenOffice team held onto the fix to sneak it into an official point release.

The person who found and reported the hole grew impatient, and said they would have no choice but to go public to protect users. In July, the OpenOffice team announced there was an exploitable bug, there was no stable patch ready to roll, and the workaround was: use another office suite.

The vulnerability will be addressed either in version 4.1.3, a maintenance release, or the 4.2.0 feature release both due later this year. If you can't wait, there's a hotfix to apply manually.

Things like this have got Hamilton worried that the open-source suite will crumble rather than gracefully close down. One way out is to put the software into archive mode: no further commits will be accepted, code will remain online for people to fork, and no further releases will be made.

This is all at the discussion stage at the moment: the Apache foundation board has not yet taken any decision on the fate of OpenOffice.

While OpenOffice suffers from a slow release cycle, has been described as "all but dead" by a Red Hat engineering manager, and has been thoroughly overtaken by the lively LibreOffice fork, programmers working on the code were quick to defend the project from the cyber grim reaper.

"I have to say, I think even broaching this topic is a mistake. 'Self-fulfilling prophecy'? Not even that, it'll be a 'third party fulfilling prophecy' as soon as this hits the press. There are a lot of people out there who seem to have it in for Apache OpenOffice and have for a while.

"Now you know there will be a headline appearing in the next week, reading 'Apache OpenOffice Mulls Retirement' or 'Apache OpenOffice Begins To Wind Down', etc. Yeah, it's crappy journalism, but it's almost 100 per cent certain to happen. And that's just going to dampen enthusiasm even more.

"I wish I could say I had a magic bullet of an answer for how to get things moving again, but I don't. But I don't think opening a discussion about retirement and giving OpenOffice's enemies more ammunition is a strong tactical move." ®

There's no 'My' in Office, Microsoft insists with new productivity hub

If you like that then you'll just LOVE our 365 range

Get with the times, Grandad!