'I'm sorry, your lift has had a problem and had to shut down'

More BSODs for your schadenfraude

It's not only size that matters: sometimes, the context of a BSOD also makes it fun.

Lifts are always a rich vein of Windows worries. As reader Charles told us for the following: 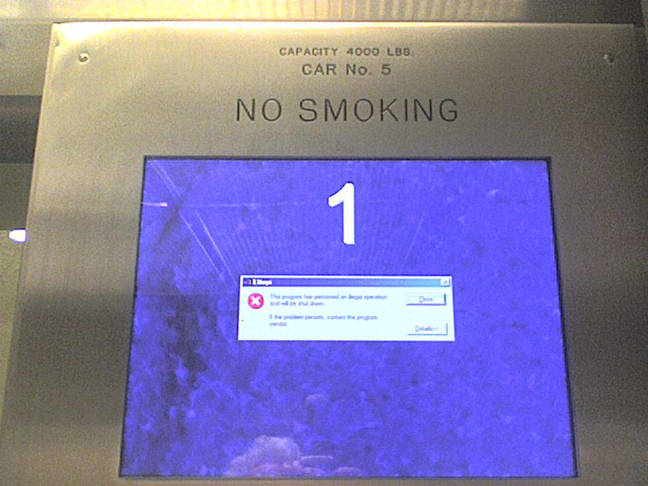 It's just for advertising, right? It's not actually controlling the lift. Right? Bueller?

“Eight years ago I was visiting a friend in hospital when I was confronted with a disturbing image upon entering one of the elevators (yeah, OK, one of the lifts).”

Phil arguably beats Charles, though, because this Sydney lift wanted a login and was running Windows98 well after it was deprecated: 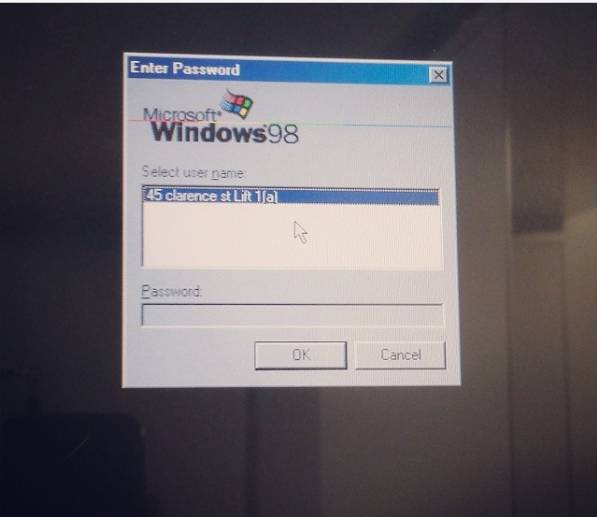 Phil also spotted a nice combination of BSOD and failed display in the same building, a couple of years later: 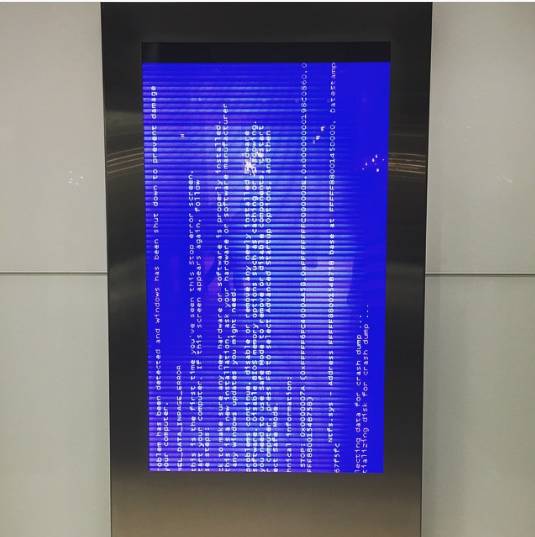 Martin spotted a nice BSOD in Glasgow, at the Silverburn shopping centre: 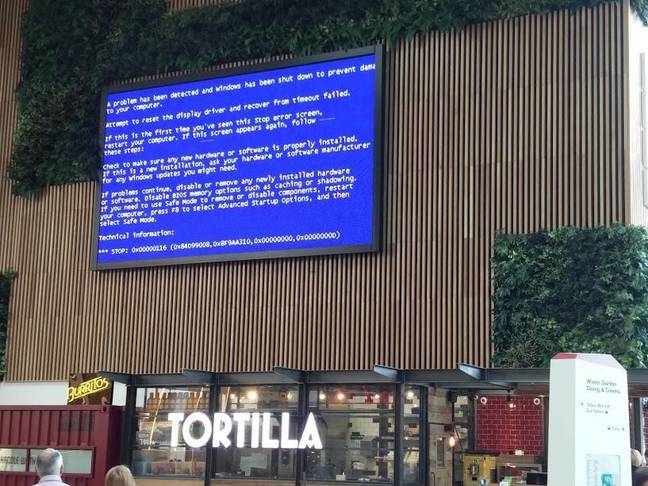 And finally – for this week, anyhow – this BSOD is notable not for its size, but the frustration it would cause. It's a Windows Phone crash Spencer suffered in 2013: 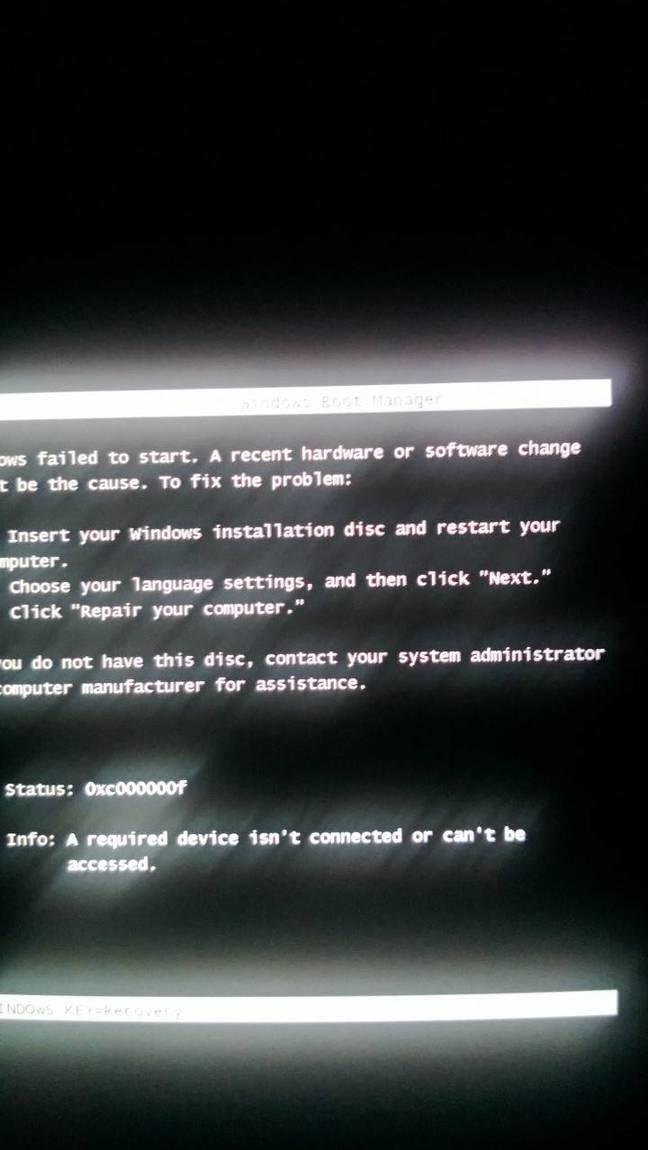 Keep 'em coming. We might have to give headline rights to whoever catches a non-Windows system in a public pants-down! ®