Brimming with personality from the Strategy Boutique

Logowatch Fresh ripples of excitement reach us from the world of rebranding, after Deliveroo parked its bike against the walls of the Strategy Boutique.

The three year old startup didn’t come back empty handed. It’s got a new logo, Design Week reports in a must-read account, and riders have a new uniform.

The trade mag tells us that the company considered – shockingly – ditching the marsupial theme, before bravely doubling down.

The new kangaroo is a “bold and impactful” character, imaginatively called “Roo”.

Clerkenwell-based branding and creative agency DesignStudio first conducted a “semiotics analysis” of the company’s current kangaroo. The design team then engaged in the equivalent of method acting: they pretended to be real Deliveroo contractors, which no doubt involved buying their own bike, then standing around being bored for hours, and “ate enough to get a sense of what restaurant delivery really means.”

"What we landed on was an evolution from our original and more literal take on the kangaroo, turning it into a striking new mark, bold and impactful, but still maintaining the character and charm of the Roo," says the agency.

As you can see, the results are well worth it. 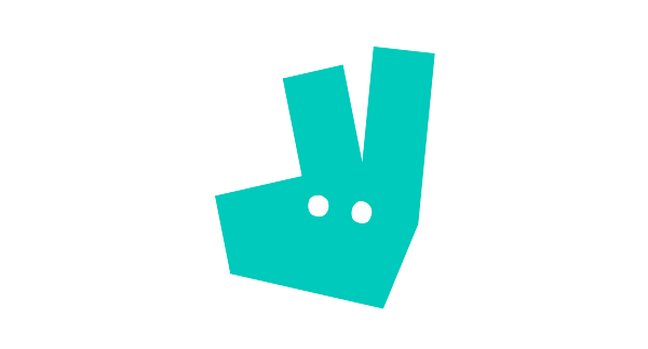 Deliveroo was co-founded in 2013 by Greg Orlowski (no relation), and now faces competition from Uber. Last month, some of Deliveroo's couriers went on strike, and the company was told it must pay the statutory minimum wage rate.