Universal Credit: 'One dole to rule 'em all' on verge of recovery – report

Some 12 years later we might have a working IT system 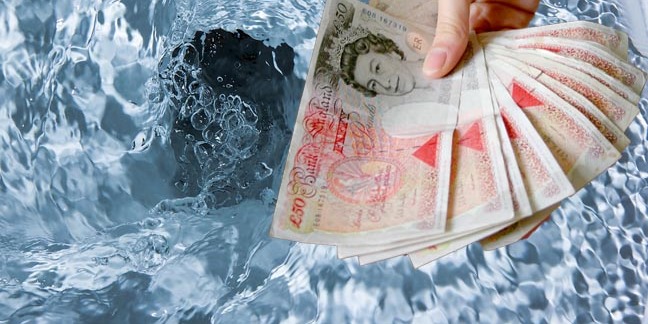 The disastrous £16bn one-dole-to-rule-them-all Universal Credit programme in the UK may be turning a corner, according to a report by think-tank the Institute for Government.

The woes of the programme have been long-documented, with the National Audit Office three years ago revealing that the entire multi-billion programme had needed to be restarted after its initial launch in 2011.

Consequently, millions have been written off in IT costs.

But a report by IFG Senior Fellow Nicholas Timmins argues that the reforms are in a much better state, and something that is "recognisable" as Universal Credit may well emerge at the other end.

Today, around 300,000 people are actually receiving Universal Credit, against the many millions who would have been under the original timetable.

Completion is not due until 2022, a dozen years after the white paper announcing it, and five years later than originally planned.

The programme has been described as "one of the most heavily IT-enabled business changes in its existence".

So the extent to which the programme might be seen as a success even if it does arrive in the next six years is questionable.

The scheme was intended to replace six in and out-of-work benefits, including tax credits, with a single, simpler system intended to ensure that any amount of work pays more than being on the dole.

Its scope remains vast, notes the IFG. "If and when completed, it is due to affect some 8 million households, many more people, and around a third of working-age population."

Nicholas Timmins, senior fellow at the IFG and report author, said: “It is far too soon to tell whether Universal Credit will finally do the business. There are elements of the policy that are still not entirely clear and others that may well need changing. Huge challenges remain – not just taking on new claims but transferring the many millions on existing benefits and tax credits, including some of the most vulnerable on Employment and Support Allowance. Its generosity has repeatedly been cut.

“But the lessons from how it has been turned around from the brink of disaster to something that may eventually work could prove valuable for other government projects. And crucially, it now has a timetable that may finally prove realistic.”

Unrealistic timetables were blamed for the original scrapping of the scheme along with an unworkable mix of "agile" and "waterfall" project management approaches.

It follows a report from the Infrastructure and Projects Authority in July which upgraded the risk assessment of the programme from amber/red to red, when the programme was assessed in September 2015. ®

One boss after another leaps out of Universal Credit hot seat

UK's DWP needs it next year

Lockdown endgame? There won't be one until the West figures out its approach to contact-tracing apps

Comment What are the options, and who can we learn from?