A fragmented franchise and tired direction demand a new medium

Star Trek @ 50 Visiting the new Star Trek Exhibition in Blackpool recently I was reminded of my soft spot for quark – no, not the elementary particle or the curdled dairy treat but that ugly little alien who runs a strip bar in Deep Space Nine.

I say “reminded” because things have changed considerably for the franchise since the Federation had to kick out the Dominion in a move reminiscent of some post-Soviet European satellite state shaking off its Russian shackles.

Since then we’ve had JJ Abrams’ somewhat transparent series of reboots and the handover of direction duties to Justin Lin, who seems to be concentrating on giving Star Wars some undeserved lens flare.

Watching the latest film, Lin’s Star Trek Beyond, I found it hard to reconcile how a The Beastie Boys track from the early 1990s could find a place within the revered Star Trek canon. But I guess I should just be glad that ST has moved on musically since the '80s hair metal soundtrack of Enterprise.

Now, as we mark the 50th anniversary of the original TV series on NBC, CBS has announced plans for Star Trek Discovery early in 2017.

Going forward, however, the Star Trek franchise has three distinct audiences that it must satisfy: the old guard, who revere the canon; fans of new root boot with a soft spot for Zachary Quinto – sorry girls, you’re not his type; and total Star Trek newbies onramped by the latest film. 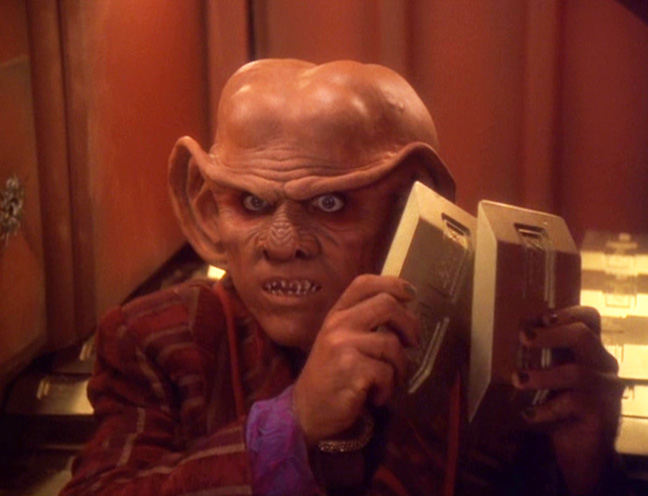 I’m not sure the last three films – Star Trek Into Darkness and Beyond – have managed to satisfy any of these audiences completely.

Abrams’ Star Trek, in 2009, seemed promising, even though many were unhappy with the director’s recycling of his Red Matter props, familiar to fans of Sci Fi TV hit ALIAS. Into Darkness laid waste to the revered Kahn narrative and Beyond - somehow - managed to be both clumsy rehash of everything science fiction while being incomprehensible to those using it as a starting point for the Star Trek franchise.

Beyond was supposed to be "film number three" of a slightly disjointed trilogy created from overextended riffs and alternate versions of the original timeline. Yes, I laughed at the Tribbletastic opening sequence and the Enterprise crash and burn took my breath away, but Star Trek was always about more than “just” the action.

Science fiction in general has always served as canvas for big, social and societal issues. In this respect, Star Trek the original TV series was written during one of the most turbulent times of 20th century history: Cold War hysteria, the Vietnam War and the chaos surrounding the civil rights movement in the US all ensured a political context that was unavoidable and was translated into the science fiction of Star Trek on TV and in the films.

With the 1960s world tearing itself apart, Star Trek introduced the Federation as something that reinforced the premise that humanity could "live long and prosper". James T Kirk could always finish a fight but - I reckon – what he really wanted was peace.

What is the canvas for the last three films?

Star Trek (2009) confronts us with the annihilation of civilisations - Romulan and Vulcan. Is there a parallel in the real world? Perhaps Islamic State trashing ancient cultures in Syria? Into Darkness is about terrorism – certainly a theme of today’s world – but brought about by a run-away militarism.

Beyond sees Krall as basically a Fascist lost in time and space. Without war, this warrior is irrelevant – so he goes in search of it and thereby seeks to destroy Starfleet and what he sees as a weak civilization softened by lack of suffering. Good start, with a clear story arc and counterpoint. Only he pops up just as the Enterprise’s staff are looking for a change of scenery burnt out by several years in deep space.

Everyone is getting a bit emotional. Kirk is maudlin over the memory of his father, Spock and Uhura are mawkish about their on/off relationship. Krall does everything he can to divide and conquer, but as he pushes characters' relationships to their breaking point, the emotional investment isn’t there. 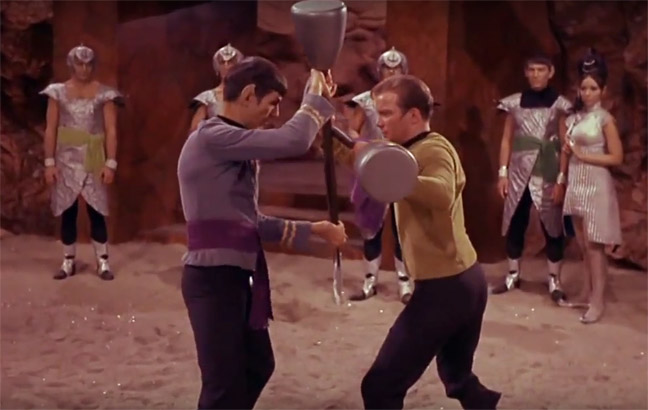 Kirk was a fighter, but a fighter for the right reason - peace

Wrong battle, Krall. This is Star Trek, not Thirtysomething, and you’re striking at the wrong target. The Star Trek franchise these days is confused, even splintering. The films are clearly uncertain works. The studio is trying to carry existing fans while appealing to the new.

The presence of Simon Pegg illustrates this. He carries Spaced fans, themselves Star Trek TV nerds, and thereby re-invents post modernism by having Scotty tell Kirk to hurry Spock along through one of his trademark monologues. But reinventing the characters of Kirk, Spock and McCoy in the new franchise, JJ Abrams has undermined the emotional investment of older Trekkies. For example, under Abrams, Spock has become some sort of Superman figure - one of the few surviving members of his race after his home planet was destroyed. This means he is no longer the ambassador between two worlds we treasured from the original series.

Problem is, all this lacks the big-picture feel that added the gravitas, the appeal and the narrative of the TV series – and even the follow-on films. Back on the TV screen, meanwhile, CBS has decided with Discovery to concentrate on existing audience type. I am not sure the decision to base Star Trek Discovery 10 years before the date of the story of original TV series will reinvigorate the franchise but revisiting this much-revered period, which is seen by many as the good old days, could make for some interesting viewing.

The 23rd century of Discovery has no peace with the Klingon Empire so this story line will weave through days of an unknown and unfriendly frontier – days that are navigated by a new female captain who will undoubtedly be suspicious of new alien civilizations. Star Trek creator Gene Roddenberry, writing back in the 1960s, was focused on the future. 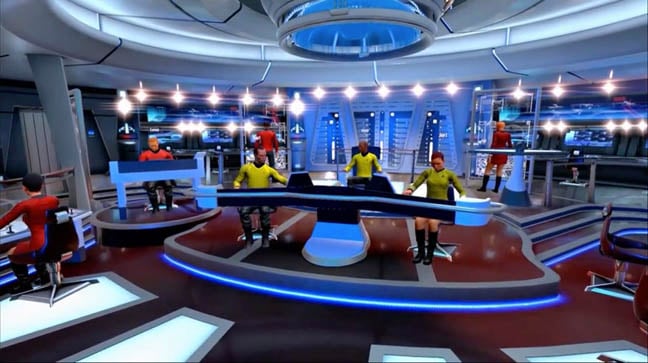 The real future of Star Trek: virtual reality with Ubisoft

Me too. With more films and more TV planned, I’m waiting for the Star Trek franchise to move forward and make its logical leap from the 24th century and move firmly into the 25th – what’s holding things up? Maybe the medium itself should get with the times, too. No more clumsy, tired or overworked director- or network-led tales on the small or the cinema screen but rather games that put the franchise in the hands of the fans themselves.

Perhaps the future of the franchise is the Star Trek: Bridge Crew VR experience created by games company Ubisoft.

Taking the helm of the enterprise in VR with a crew of friends as I did recently was exhilarating, but possessing a very un-Kirk like disposition I was sorely tempted to sacrifice each and every one of them like so many red shirts as soon as that Klingon ship appeared.

Forget scripted films that target new mass audiences and TV’s attempt to mine an increasingly narrow seam of early years of the credibility. With VR it really is time to explore strange new worlds, to seek out new life and new civilizations and to go boldly where no man has gone before – in person. ®