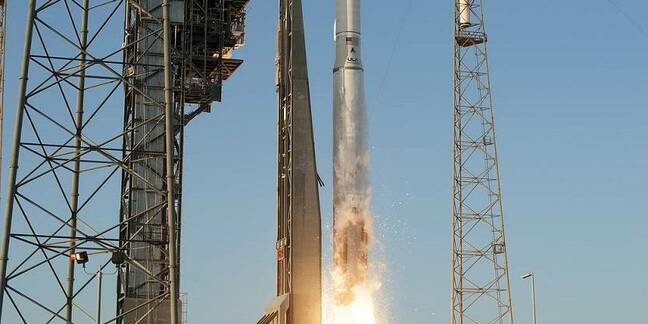 NASA has successfully launched its first mission sending a spacecraft to an asteroid with the aim of returning samples of space rocks back to Earth.

The OSIRIS-REx spacecraft blasted off from NASA’s Cape Canaveral Air Force Station in Florida at 7:05pm EDT (12:05am BST) yesterday.

After almost an hour, OSIRIS-REx separated from its United Launch Alliance Atlas V rocket, and is now relying on its solar arrays for enough power to complete its mission.

The round trip to rendezvous with target asteroid, Bennu, and return back to Earth will take seven years.

“We were able to deliver OSIRIS-REx on time and under budget to the launch site, and will soon do something that no other NASA spacecraft has done – bring back a sample from an asteroid.”

OSIRIS-Rex will approach Bennu in 2018 and begin what NASA call “an intricate dance” with the asteroid. It’ll spend some time orbiting Bennu carefully mapping and studying the asteroid’s surface to choose the best sample site.

In July 2020, the spacecraft will extend is 11-foot robotic arm and “high-five” Bennu, collecting 60 grams of space rocks in the process.

“The OSIRIS-REx mission will be the first U.S. mission to carry samples from an asteroid back to Earth and the largest sample returned from space since the Apollo era,” NASA said.

The sample will be safely stored away in a heat-shielded capsule and arrive back to Earth in 2023.

Scientists hope that analysing a pristine sample of space dust will unlock secrets about the Solar System’s past.

Asteroids are leftover grains that failed to accumulate into planets during the Solar System’s formation 4.5 billion years ago.

Studying Bennu will give scientists a better idea of how the Solar System was created and possibly provide clues to the origin of life.

Scientists believe asteroids like Bennu have may have brought water and organic molecules to Earth and other planets.

The European Space Agency attempted a similar mission with Rosetta, sending a spacecraft to Comet 67P/Churyumov-Gerasimenko. Rosetta didn’t perform a sample collection, however, but did dispatch its Philae probe which landed on the comet.

Philae’s landing didn’t go quite to plan as it landed in a dark spot on the comet’s surface unable to harness the sun’s power. Connection between the probe and Earth was lost. On Monday, ESA finally found the probe lying on its side chilling in the shade.

Although traces of organic molecules were found on the comet, scientists have concluded that Comet 67P/Churyumov-Gerasimenko did not bring water to Earth. ®