Sarah Harrison on Ed's exile, Assange’s future – and the privacy fight ahead

Interview Sarah Harrison, the British WikiLeaks journalist who successfully spirited Edward Snowden from Hong Kong to safe(ish) asylum in Russia, has told The Register how she did it – and what’s next for the NSA whistleblower, and for Julian Assange. She spoke to us a week before the Oliver Stone film Snowden is released*, although she hasn't actually seen the movie herself.

Back in May 2013, Snowden was based in Hawaii, working as a sysadmin on contract to the US National Security Agency. He had already contacted journalists with information he felt needed to be made public, among it classified documents pertaining to the US's PRISM surveillance programme. Shortly after stories from the archive he had taken from the firm were starting to surface, he told his employer that he was heading to the US mainland for medical treatment, but instead he flew to Hong Kong.

On June 10, with the world+dog looking for him, Snowden moved out of his hotel, hid among Hong Kong refugees and sought help from WikiLeaks. The classified doc-leaking org sent Harrison – a close colleague of its director, Julian Assange, and a member of the group's legal and editorial teams – to get him out.

Time was tight. The US had already begun proceedings to have the Hong Kong authorities extradite Snowden as soon as he was found. But the local officials said that the US government had filled out the forms incorrectly – and allowed Snowden to leave the country on a flight to Russia on June 23.

Harrison explained that Russia wasn't the first choice of locale, but they had to be sure that they were flying to locations where US influence couldn't be exerted to bring Snowden in and Russia did not have an extradition treaty with America. The country was also large enough to resist US pressure for cooperation**.

Life in the transit lane

Once they arrived at Moscow's Sheremetyevo International Airport, Snowden found out that the US government had cancelled his passport, effectively restricting him in the airport's Arrivals transit area – since he was unable to officially leave the country, or enter it.

“With the airport officials, to be honest, there was an element of this being the most exciting thing that had happened to them in a long time, and they were very kind,” she said.

"The transit area, which is enclosed but they were able to find us a room, not the most pleasant of rooms - it didn't have a window or anything - but it did allow us to shut the door and stay in there with very little outgoings." 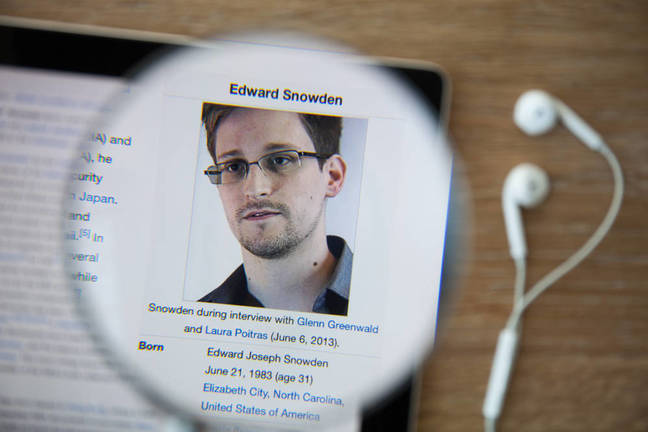 They were allowed out for a few hours a day to scavenge for food in the next door airport hotel, and Harrison said they grew heartily sick of Burger King food and having to wash their clothes in the room's sink. In the mean time, a more permanent home was being sorted out.

The two were contacted by Russian intelligence services to discuss the archive of information that Snowden had purloined, but no deal for asylum was made. It couldn't have been possible, Harrison explained, since Snowden had handed the entire collection off to a group of journalists and didn't have a copy himself.

Outside the room, the rest of the world was going slightly dotty trying to find Snowden. A rumored flight to Cuba turned out to be a red herring, while the offer of a private jet to Iceland wasn't taken up, wisely as it later turned out.

On June 27, President Obama told a press conference that the US government would not scramble jets to bring Snowden to justice if he flew out of Russia. Less than a week later it was proved that he'd been somewhat economical with the truth.

As the Snowden furore raged, Bolivian president Evo Morales was in Russia attending an energy conference. On July 3, he boarded his presidential jet for the flight home. However, the US had received a tip-off that the whistle-blowing sysadmin was also on board.

While jets weren't scrambled, the presidential aircraft was informed mid-flight that France, Spain and Portugal were denying it permission to either enter their respective airspace or land there to refuel. The jet had no choice but to land in Vienna.

Austrian officials boarded the aircraft and ascertained that everyone on board had Bolivian passports. The aircraft was grounded overnight and in the morning, Austrian president Heinz Fischer popped by for breakfast, presumably with an apology.

According to a later interview with WikiLeaker-in-chief Julian Assange, it turned out that the WikiLeaks team had been discussing getting Snowden out on a presidential jet to another South American country, but had substituted Bolivia for the actual country involved. He surmised that the US had picked this up by communication with WikiLeaks lawyers and initiated the action against Morales.

Some Latin American countries had said that they could be interested in helping shelter Snowden, but the downing of the presidential jet caused outrage in Latin America and within five days Nicaragua, Venezuela and Bolivia all offered Snowden sanctuary.

"He really had not wanted to remain in Russia at all and would have preferred other countries, but it was impossible to get safe passage to any of the countries that had offered positive asylum requests," Harrison said.

“Obviously he’d like to be able to go back to the United States, he’d like to know that he could have a fair trial there, although it would be even better if he didn’t even have to go through a trial of course. It would be amazing to go to other European countries if they would give him asylum as well.”

Given the broad nature of the 1917 Act, a public interest or whistleblower defence would not be permissible; the judge would only have to prove that the information had been stolen and shared. Other whistleblower laws would also provide no defence, and the American government is free to add on more charges at will.

As the airport visit dragged on, the US government contacted Snowden's father to try to enlist his son's support for coming back in from the cold. Harrison said Snowden's dad was promised that the death penalty would not be sought and was told that America does not torture people. Snowden senior was not impressed and refused to cooperate.

Forty days after landing in Russia, the whistle-blower was granted temporary political asylum in Russia, where he remains to this day. After getting Snowden set up in a safe location and reuniting him with his girlfriend, Harrison left Russia.

"As things go, this is someone who assumed he'd either be dead or in prison for the rest of [his] life so it's all a bit of a gift for them and to be living there with his girlfriend is excellent for him," she said. "He's still a very large patriot, in some ways to my amazement."