Dear sysadmin: This is how you stay relevant 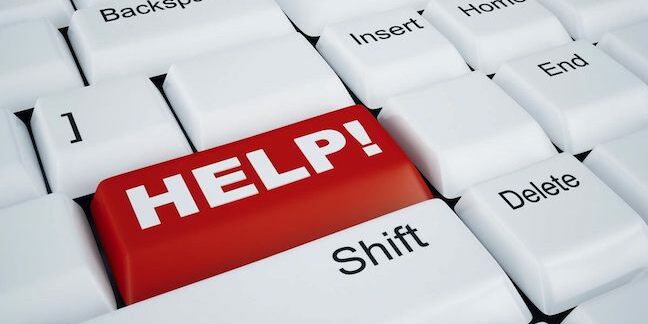 Sysadmin blog Who are the sysadmins of tomorrow? Are they today's sysadmins, evolved? Or are they something new – a different breed of administrator that looks at the world differently, lacking the biases of those who built their careers hugging servers?

Anything that touches even tangentially on hot-button fear topics like job security is sure to be a heated and polarizing topic, regardless of the industry. That job security is closely tied to which approaches are chosen for everything from application development to infrastructure management pushes the debate into numerous adjacent areas of long standing contestation as well.

The best way to do things

A long-standing trope in IT is that there is a "best way" to do it. One magical approach to infrastructure design, one software stack, one security checklist that defines the "industry standard" and determines how things "should" be done.

This viewpoint is, like so many authoritarian delusions, based in a fantasy about a utopian time that never really existed. One in which IT's authority was unchallengeable and businesses altered themselves to suit the needs of IT rather than vice the verse.

The truth is that there isn't one best way to do things in tech. Various true believers would have us all believe otherwise, of course, but IT is still the profession of "it depends". Just as the hundreds of millions of organizations in the world have a diversity of needs its horses for courses trying to meet those needs.

Best Way proponents believe that IT should be cookie-cutter simple, replicated and repeated amongst organizations because once the best way to do something has been found it makes economic sense for everyone to do the same.

The truth is that most organisations today are IT organisations. Whether they make bread, software, robots, prepare taxes or are trying to get a president elected, they rely on IT intimately and comprehensively. Differentiation, unique selling points and competitive advantages are derived not from slavish adherence to someone else's checklist but from innovation and tight coupling of IT to business processes.

That the agility to adapt as business needs change is no longer a luxury has become something of a cliché should reinforce the above. IT operations staff may be deeply wedded to risk aversion, change avoidance and a perceived stability, but the businesses they supposedly serve aren't.

Trick question: how long can holdouts economically resist at least some cloud integration? The answer: until the company ceases to operate.

Depending on your bias you can spin that any which way. The pro cloud people could parade that around as a snarky way of saying that if you don't adapt cloud something you're doomed! The anti-cloud types could just as easily say that it is possible to make a run of it for an indeterminate period of time avoiding any of this newfangled self-service hibbery jibbery.

The hidden truth is that the question is completely backwards. How long can a company resist adopting a technology or service is a vendor trick. A marketing ploy. It's designed to normalize a product being sold and make it seem "the default". The implicit underlying assumption is that if you aren't using that product you're doing something wrong.

We're bombarded with this every day. It's in our tech journalism, or opinion columns, or social media, our user group meetings and the comments sections of every tech anything spread across the web.

What we should be asking is what does a business need and what role can technology play in making sure those needs are met. Not what role a technology can play, but what role technology in general can play; sort out the details much farther down the line.

The sysadmins of tomorrow are the sysadmins that can learn to think like this. That put needs assessment ahead of brand tribalism, technological ideology, job security concerns, empire building and comfort zones.

In the past, inflection points like this in the industry were met by technologically curious domain specialists who worked around recalcitrant It priests jealously guarding their domains. It doesn't have to be this way. Hypothetically, we're capable of learning from the mistakes of our predecessors.

The end of a sysadmin's career comes not because that sysadmin cannot learn everything about every new technology. Nobody can do that; tech is too big and we're only human. The end of a sysadmin's career sets in when the "I have a hammer and everything is a nail" worldview crystalises, and the IT department becomes the red-tape encumbered roadblock that so enrages domain specialists.

Don't abdicate your relevance to a domain specialist with a more open mind and a passing familiarity with blinkenlights. Be the sysadmin of tomorrow that your organization needs, and be okay with the fact that it isn't the same as the sysadmin the company next door needs.

Working with colleagues, community members, consultants and even vendors who can bring a breadth of knowledge to bear on a problem can generate new approaches to tech that make businesses more efficient and thus more competitive. If we've made it this far as a fixers of computers, we can learn whatever new technology is on offer. ®

Facebook's 'Workplace' collaboration dogfood is now on your menu

There's even a partner program, sysadmin tools and cross-cloud SSO

US govt can talk about the end of lockdown, but Silicon Valley says 'as long as it takes' – and Twitter says 'WFH forever'

The digital workplace: Just in reach or over the hill?

Reg Events Join us to compare vision and reality

Standing desks have no effect on productivity, boffins find

So how are your remote working tools shaping up?

Comment Breaking free from the office – without breaking the office