It was ruled today that Lauri Love, the alleged hacktivist from Stradishall, Suffolk, should be extradited to the United States to face charges of crimes carried out as part of online protests following the suicide of Aaron Swartz.

Handing down her judgment at Westminster Magistrates’ Court this afternoon, District Judge Nina Tempia ruled that Love, who has Asperger’s Syndrome, should be handed over to the US authorities. Judge Tempia, who chose not to read out her judgment in court, informed Love directly that she had decided to extradite him.

The judgment, which finds that the US prison system has adequate protections for vulnerable persons, which she accepted Love was, will now be passed to the Home Secretary so the extradition may be formally passed. Love's defence will seek to appeal.

The 31-year-old is being sought on three indictments alleging that he “carried out a series of cyber attacks against the websites and computer systems” of the US government, military, and private sector. It is understood that of the three unidentified co-conspirators indicted in the filing to a New Jersey district court [PDF], the US has only sought the extradition of Love.

Two further indictments were made against Love in the Eastern District of Virginia [PDF], and the Southern District of New York [PDF]. In England these allegations would be prosecuted before a single court on a single indictment, however in the US, the three indictments would require three separate court hearings.

Love’s barrister, Ben Cooper, argued that a single venue and single prosecution in the UK would be preferable to the three prosecutions in the United States. It would be “more efficient … speedier … and enables the mental health considerations to be given full account,” argued Cooper, who stated: “There's no good reason why an English prosecution would do anything to let down the complainants in this case.”

During the hearings regarding the extradition, Love’s barrister had argued that his client's extradition should be refused under the “forum bar” of section 83A of the Extradition Act 2003. This bar was introduced after Theresa May blocked the extradition of Gary McKinnon to the United States, because of the increased risk of suicide the extradition posed to him. 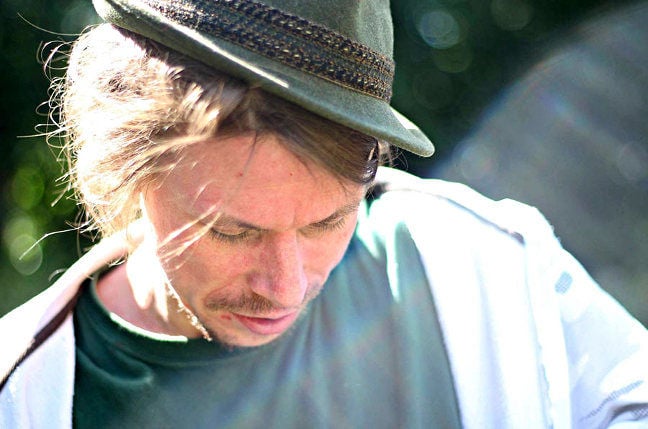 Feature: Here’s how police arrested Lauri Love & what happened next

It was a key part of Love's defence that he would be at risk of suicide if extradited, with Professor Simon Baron-Cohen, director of the University of Cambridge's Autism Research Centre, stating that “there is absolutely no question that [Love] has Asperger's [Syndrome]” as well as severe depression and aggressive anxiety-related eczema, and was at a “very high” risk of committing suicide if imprisoned within the US system.

The court had been informed that Love had a long history of mental illness which had led to him losing all of this hair when he was 15. He had been prescribed antidepressants on several occasions and referred to psychiatrists several times, according to Cooper, and it was “impossible to predict the severity” of his reaction to extradition.

During the first hearing at the Magistrate's Court, Love's father, the Reverend Alexander Love, a prison chaplain, had testified that he feared and believed his son would commit suicide if extradited to the US.

Judge Tempia agreed with this assessment of Love's mental health, and agreed with testimony given by Professor Baron-Cohen and Professor Kopelman that Love would attempt suicide before extradition to the United States, but was satisfied that the UK and US could arrange for this to be prevented, by putting Love on suicide watch for instance.

[N]ot just for Lauri and his family but for everyone who was angry about what happened to Gary McKinnon. Clear assurances were given that legal changes would prevent the McKinnon situation from happening again and frankly, if the forum bar can't help Lauri Love, it's very difficult to understand how it could ever help anyone. This is not what the public was led to believe at the time and it’s not something we should stand for.

Love's defence is seeking to appeal the case.

Love is being released under the same bail conditions as he was before. ®

Mike Lynch loses US extradition delay bid: Flight across the Atlantic looks closer than ever

Alleged Brit SIM-swapper will kill himself if extradited to US for trial, London court told