Citizens told they can't have broadband because something, something, competition 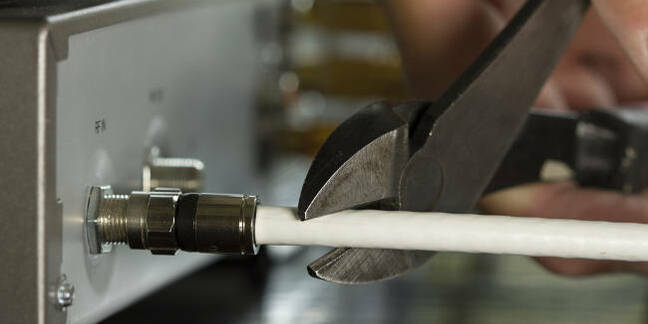 A rural community in North Carolina says it will have to pull the plug on its broadband service over fears it will no longer be protected by the FCC.

The city council in Wilson, North Carolina has voted to disconnect local broadband service in the nearby community of Pinetops following the 6th Circuit Court's ruling that the FCC cannot supersede state laws, and the Commission's decision to abandon further appeals.

North Carolina had been among the states caught up in the argument over whether municipal broadbands should be allowed in states with laws that forbid local government services competing with private companies.

Those laws have allowed national telco providers to oppose muni broadband networks on the grounds that they already offer service. Local communities have countered that the muni networks were needed because the larger carriers can't be bothered to provide adequate speeds in sparsely-populated rural areas.

The city of Wilson, which runs the service under the Greenlight Community Broadband name, says it will no longer be able to offer service in Pinetops because, while the city itself is exempt from the state law for its service, the Pinetops expansion was not given the same exemption and was challenged by the telcos.

Now, worried that the city no longer has any protection from the FCC, Wilson officials say they have to pull the plug on Greenlight in Pinetops.

As the local Wilson Times notes, the decision to kill Greenlight service could have a significant economic impact on the Pinetops community, where local businesses had relied on the local broadband service.

"The pending disconnection could have serious ramifications for facilities like the new packing plant at Vick Family Farms that runs off the ultrafast internet as well as residents employed through telework with major companies because of the Greenlight service," the paper notes.

"Pinetops officials tried for many years to court a private company to connect the town to the information superhighway, but were unsuccessful. When Greenlight got the go-ahead to connect the town, residents jumped at the opportunity."

As of last November, the unemployment rate in Edgecombe County was 9 per cent, and median household income was $33,892.

Analysis It's just not fair on profit-making companies otherwise