Inside the iPhone 7 family's chips – and why isn't Apple using these in its MacBook Air?

iFixit and Chipworks have done their usual teardowns of the new handsets, revealing the electronics, components and silicon used within.

Here are the highlights: 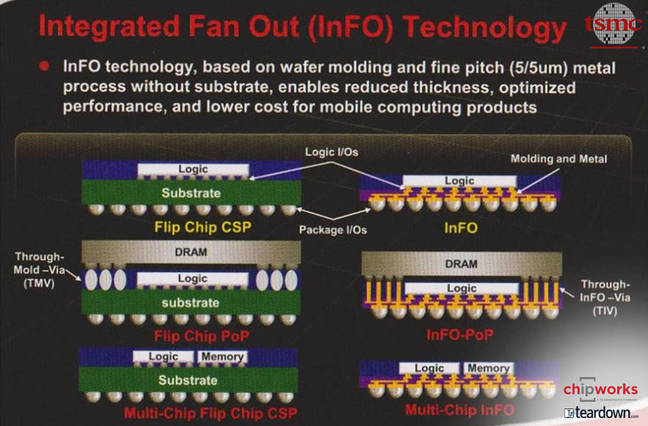 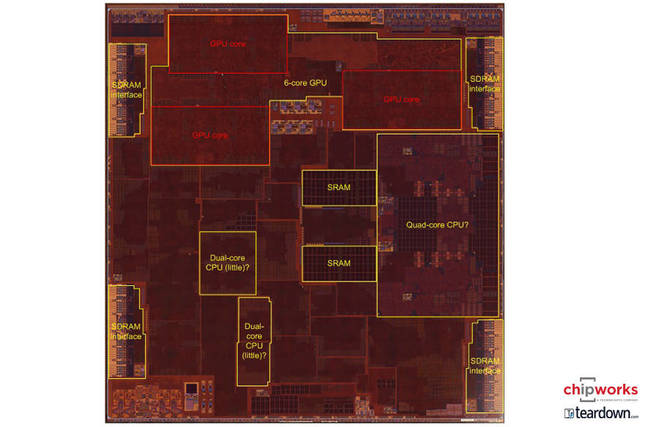 A10 die ... Photo by Chipworks (Click to enlarge slightly)

According to GeekBench benchmarks, the iPhone 7 has, on average, 37 per cent more raw performance than the iPhone 6S Plus in single-core tests, which is close to what Apple claims, and 32 per cent faster in multi-core performance.

(The iPhone 7 performs very slightly better than the 7 Plus in single-core benchmarks and pretty much the same in multi-core tests; the iPhone 6S and 6S Plus are neck and neck with each other.)

Interestingly, the user-submitted GeekBench figures for the A10-powered iPhone 7 are on par with or outstrip the numbers for Apple's 13-inch MacBook Air laptops that use dual-core 1.6GHz Intel Core i5 processors. Compare the iPhone 7 and Core i5 MacBook Air.

In one GeekBench submission, a Core i5 MacBook Air scores 2,830 and 5,454 for single and multi-core tests, respectively, while an iPhone 7 hits 3,461 and 5,610. The iPhone also performs better at realistic tasks, such as HTML5 and PDF rendering, too.

However, the close race between the A10 and the Core i5 has been enough to fuel speculation that Apple will dump Intel's x86 processors from its laptop line in favor of homegrown ARM-compatible system-on-chips, now that their performance is coming on leaps and bounds – especially when moving down to 16nm FinFETs.

"CPU benchmarks are like statistics: to paraphrase an old saying, 'there are lies, damned lies, and benchmarks'," Mark Hung, a Gartner research veep, told The Register this week.

"What is more useful than raw CPU benchmarks are real-world use cases: for example, how fast do the same games run on either processor; now that there are iOS versions of Microsoft Office, how quickly can the same spreadsheet be recalculated on either processor; and so on. We'll soon be able to run those tests when the iPhone 7 comes out, but for now I wouldn't overstate the importance of these benchmarks."

Should Intel be worried?

"There have been rumors for years about Apple potentially switching to ARM for its notebooks, but I don't believe that will happen in the next two to three years," said Hung.

Still, wouldn't hurt for Intel to take out Apple on a few more dates, this time to talk about x86 rather than modem chipsets. ®