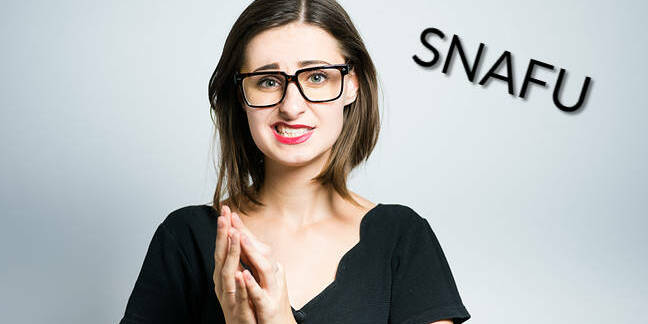 Australian stock traders will be trying to reconcile trades that got lost after the Australian Securities Exchange's Nasdaq-supplied trading platform melted down yesterday.

Monday, September 19, was a day of embarrassment for the ASX. Markets opened 90 minutes late, systems struggled throughout the day, and at 2:00pm the ASX waved the white flag.

The glitch left traders unable to close out their positions ahead of international markets, and ahead of the Federal Reserve's policy meeting this week.

Early in the day, the ASX said it was working with its IT provider Nasdaq to try and resolve the problem.

Apart from trying to reassure investors with an increasingly desperate series of Tweets, the exchange issued this media statement.

In it, CEO Dominic Stevens apologises, assured people there were no security issues involved in the system collapse, and says:

“The primary issue arose from a hardware failure in the main database used by the system. This had a number of knock-on consequences that affected the operation of the market. These included a delay to the market open and the decision to close the market early due to ongoing issues that impacted the proper functioning of the trading platform.”

Traders will surely be asking if the ASX – or Nasdaq, for that matter – has heard of redundancy.

She promises a “full detailed incident report” later this week, and says the ASX has scheduled a customer forum for next week.

Wett's chronology of events is here, and gives the same attribution as Stevens' media release.

She notes that the ASX updated market participants throughout the day, including via social media. We've included the ASX Twitter feed below.

ASX advises that there will be a delay with the opening of the ASX equities market. Updates will be provided as they become available.

ASX advises that the ASX Equities Market will proceed to Pre - Open at 11.10am and Open from 11.30am.

ASX advises that the market is open for all securities except for those in the range of N–R. Opening timetable TBA. pic.twitter.com/wWUiKIwbwp

Unfortunately, as Wett's chronology notes, N—R securities were opened by mistake, and trades in that group apparently went missing.

The ASX decided it had sorted out that problem, and scheduled the opening of “Group 4”.

ASX advises that all securities in the range of N – R will go into pre-open at 1.00pm, and will open at 1.20pm. pic.twitter.com/sBKde8GI9W

The Equities Market is now open for all securities. The market will close at normal time. Thanks for your patience. pic.twitter.com/j9w5K3iY4D

That didn't work out so well…

The ASX Equities Market has been halted. Further information about market status will be released in due course. pic.twitter.com/FXfmHPqMcu

The ASX Equities Market will not be re-opening today 19/09. An update will be provided 20/09 prior to market open. pic.twitter.com/VsHmkMHp29