Magneto-resistant upstart Everspin gets itself into an IPO whizz

Non-volatile RAMmer enters the most volatile situation of all

MRAM startup Everspin has filed for an IPO. 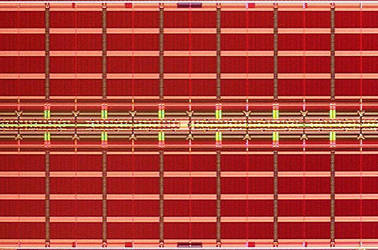 Magneto-resistive or Magnetic Random-Access Memory (MRAM) is non-volatile RAM that’s faster than NAND; think of it roughly as XPoint-class stuff.

It’s been used by server and system vendors for niche needs requiring very fast and non-volatile storage, such as journal memory for RAID storage servers.

Everspin was incorporated in 2008 and has had seven funding events, according to Crunchbase, bringing in just over $80m.

There are 86 employees and it says is is the only commercial provider of MRAM products. Everspin has joint-development and manufacturing agreements with Global Foundries which fabs the chips sold to customers.

It claims to have more than 600 end-customers, with NXP and Broadcom (Avago) being the largest. Everspin says it has delivered more than 60 million MRAM separate and embedded chips.

It hopes to raise up to $45m with the IPO and trade as MRAM in the Nasdaq exchange. ®