World+dog to get retro classic Commodore 64 for Christmas 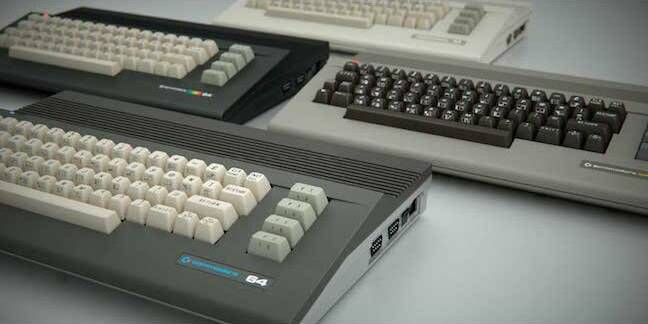 His announcement follows a licensing deal with the outfit that now owns Commodore's trademarks, Polabe Holding.

Schönfeld's announcement means his fellow-travellers and soul-mates can have a completely refurbished and fully-legal C64.

In this post, he claims his company, Individual Computers, is the first to satisfy the demands of the trademark owners.

As El Reg reminisced on the occasion of the micro's 30th birthday, the C64 was the most successful home computer of the 8-bit era.

The complete-with-logo cases will be sold through the store of German retro mag Return. ®

Seminal adventure game The Hobbit finally ported to the Dragon 64

The Hobbit: The Battle of the Five Armies – Thin plot, great CGI effects

Film review No more Middle Earth for you, Peter Jackson

'Earworn Wearables' will save the day (wireless earbuds, but cool name for your D&D halfling)

The hero that drives 62% uptick in wearables to *squints* $52bn, according to Gartner

Elves vs. Dwarves argument among retro-devs as Men just get on and play improved game