Microsoft: We're hugging trees to save the 'world'

Wouldn't be about cutting energy costs for your 100+ bit barns, then? 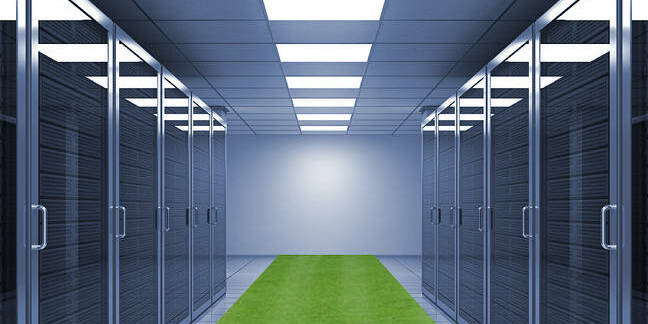 Microsoft is turning over a new leaf and going green. At least, that's what the firm’s chief environmental strategist has claimed as he sketched plans to make its data centres more sustainable and efficient.

This is not the first time Microsoft has talked about cleaning up its act, but at a green technology event in Santa Clara this week, Rob Bernard, who heads up the company’s green brigade, told attendees how Microsoft aims to expand its use of renewable energy sources and become more open and accountable for energy consumption and its carbon footprint.

Microsoft’s concern here is with a growing estate of data centres around the globe that host Azure and Office 365 cloud services as well as the company’s own IT systems.

Obviously there's a financial angle here; isn't there always. Huge growth in demand for cloud services has led to predictions that data centres will account for a large fraction of global energy consumption in a decade or two, unless steps are taken to mitigate this.

“Tremendous amounts of energy will be required to power this data-driven revolution. The leading cloud companies have a responsibility to address this energy usage. And Microsoft believes that, as large energy consumers, we have the opportunity to drive change that will benefit not only our company but the world,” Bernard said.

Thanks goodness for Microsoft's benevolence.

So how is Microsoft hoping to make its transition into the jolly green giant? According to Bernard, the firm has committed to improving its energy mix, and said it will expand the percentage of wind, solar and hydropower energy it uses to 50 per cent by 2018, with further increases beyond that.

The firm claimed it is pushing for greater transparency, including reporting energy consumption across regions, detailing its mix of energy sources and continuing to report its total energy usage and the impact of its carbon reduction programme.

Microsoft is also investing in R&D efforts to improve the efficiency of IT infrastructure.

All of this is commendable, but do customers actually care about the sustainability of the data centre that hosts their applications and data? While businesses used to brag about their concern for the environment, green IT suddenly seemed to become much less of a priority following the global economic downturn.

However, Microsoft is not the only industry giant looking to greater sustainability and efficiency for its data centres, for the good reason that energy costs might easily spiral out of control as the use of cloud services swells.

The fact is that anyone operating IT infrastructure on such a large scale has to keep a close eye on their energy consumption and keep on top of overheads.

It’s easy to be overly cynical about green initiatives, however, and the fact that large corporations such as Microsoft are starting to take sustainability, accountability and energy efficiency seriously can only be a good thing if it is followed through, both for the planet and the bottom line. ®