The web is past peak innovation: It's all negative returns from here 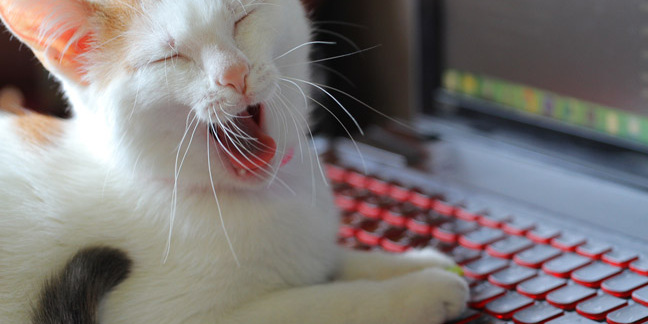 Open Source Insider In all the years I have been using FOSS software, the most common complaint I've seen about FOSS software is that the "design" is "terrible", "laughable" or some witticism about forks and eyes.

What's interesting about this criticism isn't its longevity, that's to be expected since for most of the people registering this complaint what they mean by "bad design" is "I don't like it." And, alas, no software can be everyone's ideal.

This tends to sidetrack the underlying argument. Since design is not and never will be an objective thing, any argument about "good" or "bad" just spirals down a rabbit hole of personal preference. We all have our tastes. Every time I look at the default Unity desktop I feel like someone is sticking a fork in my eye.

Taste aside, though, the Ubuntu desktop is very functional. It works quite well. So to say it's poorly designed is only true by the shallowest definition of the word "design" - that design is "how it looks." But that's akin to judging personality by looks, books by covers or any number of other things that make no sense.

It would be an over generalization to say that the people criticizing the "design" of open source software are all Apple users, but let's just say that good many of them appear to have a reverence for things with half eaten fruit emblazoned on them. That's why, in the middle of an article on open source I'm going to quote the patron saint of modern software "designers", Steve Jobs, in defense of open source design.

In an article about the birth of the iPod, Steve Jobs said: That’s not what we think design is. It’s not just what it looks like and feels like. Design is how it works."

If that's true - that design is not just how it looks, in other words, not just about the whims of taste, but how something works, that the totality of the experience is the "design" - then open source software might be the best designed software in existence.

After all, FOSS software is everywhere. It forms the backbone of most of the web, underlies most embedded devices in cars, ATMs, phones and cash registers to name but a few things. No one forced anyone to use it for all those things. In fact in many cases people argued very hard to use open source when a vendor was pushing something else. Open source was simply, presumably, the best designed tool for the job. And today every where you turn open source software is there, which is pretty impressive for something that's supposedly very poorly designed.

Of course as any user of open source software can tell you, it's not poorly designed at all (sure, there are poorly designed projects), in fact most of it is very functional software that does what people need it to do.

On the other hand the world is increasingly awash in software that looks very "modern" and "well designed" but is inevitably a functional step backwards from the previous version. In these cases the software in question has typically reached a point of diminishing returns on innovation and turns instead to "design innovation". See Windows 10 for example. Or iOS 8 and beyond. In fact, it's become something of a joke that the shinier - which is to say the more noticeable the surface design of something is - the more likely it is that it works very poorly.

To paraphrase John Gilmore, co-founder of Electronic Frontier Foundation, I would argue that well designed open source software is actively routing around the damage created by software made to the ideals of the shallower definition of "design" - that design is how it looks.

Perhaps the best example of this is on what might be the most over-designed thing in the history of humanity - the web. Web designers have created a web that often looks great, but almost never works and changes interfaces every time you load a new page. Now there's something to be said for creative expression in UI. I don't know what it is, but I sure there's something. What's strikingly noticeable of a daily basis though is that all these highly designed websites make it increasingly harder to find the information I actually want and accomplish the tasks I'd like to get done.

I increasingly turn to FOSS software that helps me route around this damage. Here's the thing web designers: I don't want your custom fonts, so I used some open source software - uBlock - to block them. I don't want your pointless giant images wasting my bandwidth so I blocked them too, and since your layout is so convoluted and clogged with crap I used a "Reader Mode" tool in my open source web browser to simplify things down to the actual content.

I've even find myself using text based browsers like w3m more often. You would not believe how fast the entire internet is when you use w3m. Every page loads nearly instantaneously. The web is actually useful and fun again. There's even images if you want them.

Deliberately regressing back to text-based browser is not for everyone, though it may become an increasingly popular solution if the "design" of the web continues on its current trajectory. Even if it's only a handful of us using it, the point is it's there: open source software once again routing around design damage.

The problem isn't always that evil designers are out to ruin everything with more flair. Instead I think much of the problem is that the web, like proprietary desktop software, has reached a point of diminishing returns on innovation. It might even have drifted into negative returns.

If you want to be optimistic you might say that it's a temporary slump of innovation, that something marvellous lies just over the horizon. It's certainly possible. In the mean time, at least there's open source there, well-designed and capable of routing around the rest. ®