Fruity low-cost computer the Raspberry Pi is constantly getting enhancements, and the latest is an update to its Raspbian Linux build, which has been given a makeover with a new desktop shell called PIXEL and a version of the Chromium browser. 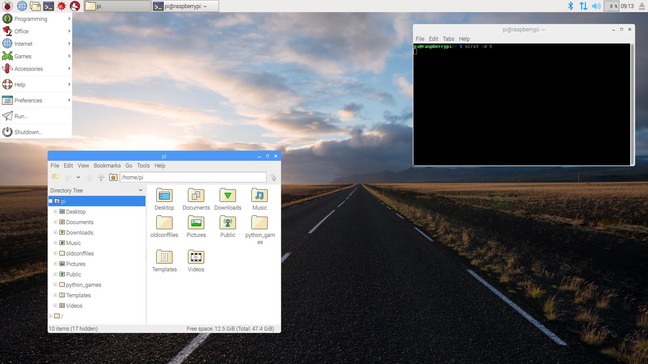 Raspbian is the default platform that the folks at Raspberry Pi provide for the popular bare board miniature computer. This is based on Debian Linux and has traditionally shipped with a rather spartan desktop user interface known as LXDE.

This has new been superseded by PIXEL, which stands for “Pi Improved Xwindows Environment, Lightweight”. This has apparently been developed from LXDE, but has had so many improvements that it has become “a complete product in its own right and should have its own name”.

PIXEL not only gives the icons on the taskbar, menu and file manager a long overdue makeover, but introduces a choice of background wallpaper images. There is also a new boot-up splash screen that replaces the scrolling Linux startup script messages and handily displays a Raspbian version number. 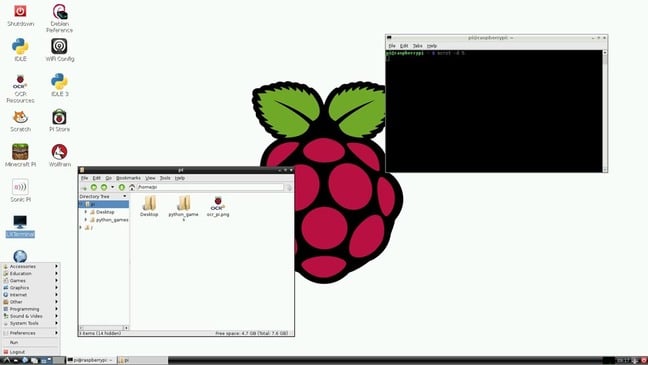 The frame design for individual windows has also been given a more contemporary look, as “the old window design always looked a bit dated compared to what Apple and Microsoft are now shipping,” according to Raspberry Pi’s UX Engineer Simon Long, writing on the Raspberry Pi blog.

Perhaps more interesting is an initial release of a version of Chromium for the Raspberry Pi. Chromium is the open source project upon which Google bases its Chrome browser, and is now offered as an alternative to the Epiphany browser that Raspbian has included for the last few years. 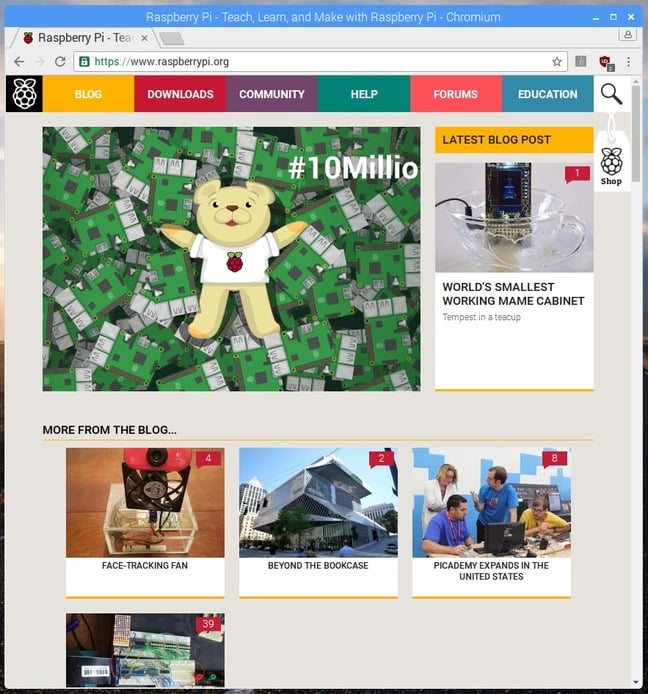 With this, Pi users can now enjoy hardware accelerated playback for streamed content, thanks to an included h264ify extension that enables YouTube to serve up H.264 versions of videos. Also included is the uBlock Origin adblocker, purely in the interests of stopping intrusive adverts from slowing down the browsing experience, of course.

Another addition is a port of RealVNC’s VNC server and viewer applications, enabling users to remote screen into their Raspberry PI, or alternatively use it as a terminal for controlling other VNC-enabled systems.

These enhancements come at a cost, with Raspberry Pi warning that Chromium in particular is more demanding of hardware resources than the Epiphany browser. While it runs well on the Raspberry Pi 2 and the beefier Raspberry Pi 3, the Pi 1 and Pi Zero hardware may struggle, Long said. ®