Deep Thought? I don't think you're going to like this answer 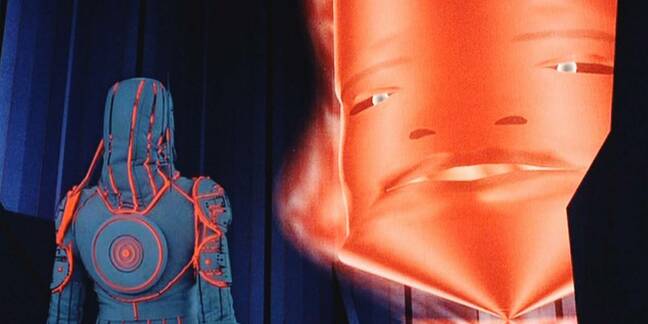 With all the hype buzz surrounding artificial intelligence right now, Microsoft has decided to repurpose its long-established Microsoft Research division into a new group focused chiefly on AI development.

The newly formed Microsoft AI and Research Group brings together more than 5,000 computer scientists and engineers, with a mission to "democratize AI for every person and organization," whatever that means.

It is being headed up by Redmond veteran Harry Shum, Executive Vice President for Technology & Research, who played a major part in the development of Microsoft's Bing platform.

The move follows another announcement regarding AI from Microsoft this week, wherein the software giant said it was working with Google, Facebook, Amazon, and IBM on an initiative to allay public fears about the technology.

Those fears might not be allayed by Microsoft's commitment to "infuse AI into everything we deliver across our computing platforms and experiences." Given many people's experiences of using Cortana, this carries a distinct overtone of impending doom.

"Today's move signifies Microsoft's commitment to deploying intelligent technology and democratizing AI in a way that changes our lives and the world around us for the better. We will significantly expand our efforts to empower people and organizations to achieve more with our tools, our software and services, and our powerful, global-scale cloud computing capabilities," Shum said in statement announcing the new division.

In other words, we can expect AI to be a feature of more and more of Microsoft's products and services going forward, as the firm aims to imbue every device and application with some measure of intelligence.

This is clearly a serious reorganization, as several of the company's engineering leaders and teams are being merged into the newly formed group – including its Information Platform, Cortana and Bing, and Ambient Computing and Robotics teams.

Meanwhile, as part of its ongoing efforts, Redmond has undertaken to build what it claims will be "the world's most powerful AI supercomputer" with Azure, and make the resulting system openly available to all comers seeking to harness its power.

When hearing of "the world's most powerful AI supercomputer," we can't help thinking of Douglas Adams, and wondering if the system will take seven and a half million years to show any results. ®

Hyatt, we've had a problem

Four words from Cisco to strike fear into the most hardened techies: Guest account as root

Now is a very good time to patch your estate

Roundup Nvidia is pleased with its latest numbers, and more

Updated It's got a name and logo so it's serious, you guys

RSA 'Technology doesn't comprehend morality: An algorithm can protect data from theft or hold it for ransom'

Chin up, CapitalOne: You may not have been the suspected hacker's only victim. Feds fear 30-plus organizations hit