While comms commish faces a doxing for defying Silicon Valley 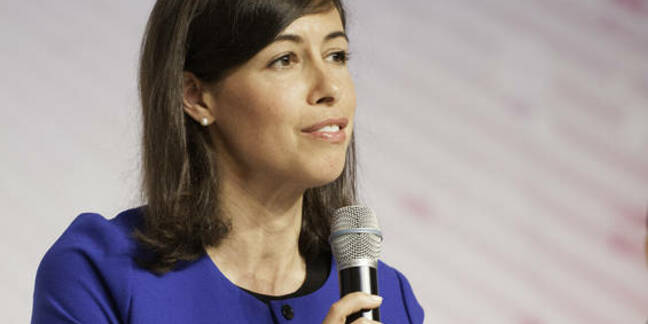 Analysis US broadband regulator the FCC dramatically cancelled the much-anticipated vote on its secretive TV set-top box plan on Thursday – and it's keeping the details confidential.

The terse note announcing the cancellation of the vote [PDF] at the ironically named “Open Meeting” declared that:

The item remains on circulation and the sunshine period prohibition in 47 CFR § 1.1203 will remain in effect until further notice.

Translation: commissioners and lobbyists can see the plan, but you can’t.

Yesterday we described the saga of the long-overdue replacement for the antique CableCARD standard. But if you’re in a hurry, here’s a tl;dr version:

In 2014, Congress ordered the FCC to come up with a replacement for the 18-year old cable access box spec in nine months. The FCC’s Downloadable Security Technical Advisory Committee group produced a royalty-free open spec based on HTML5 that would oblige cable companies to “appify” themselves within two years: there would be no need for hardware – leased or otherwise – to get your cable shows. But FCC boss Tom Wheeler instead threw his weight behind a Google-friendly alternative “virtual headend” proposal.

This permitted Google to disaggregate the content so it could stuff the bits it wanted into YouTube and sell ads against it. Legal experts pointed out this was bad for the TV production business, and probably illegal. It ripped up contracts and the grabbed exclusive property rights.

Or, at least, we know that’s what the first version of Wheeler’s favored plan wanted to do. We’re now up to version four, but the last three versions have been kept secret.

The outcome of the vote was thrown into doubt because FCC Commissioner Jessica Rosenworcel, the key swing vote, told the Senate she had “problems” with Wheeler’s alternative.

So how can a regulatory agency keep a plan that blows up $200bn worth of business models a secret? Fred Campbell, former director of the wireless bureau at the FCC, explains that ordinarily the public could at least talk to the commissioners about the most recent set-top box proposal after it was removed from the FCC’s meeting.

“But in a move that appears to have gone unnoticed yesterday, Wheeler decided to forbid the general public from discussing set-top box issues with anyone at the FCC.”

The situation is made even worse by the fact that the FCC can grant selective exemptions to the sunshine prohibition on public access for the benefit of favored lobbyists, a practice the Government Accountability Office has found runs contrary to the principles of transparency and equal opportunity for participation.

Gene Kimmelman – president of Public Knowledge, a part-Google-funded activist group that fights for Big Tech’s policy in DC – has already warned he’ll launch a public campaign against Rosenworcel's renomination, and the attorney and blogger Jonathan Lee also provides useful background on the Public Knowledge chief’s career trajectory, noting the irony that he switched from representing one dominant industry to another.

“If you’re a cable consumer, you’re still paying for Kimmelman’s first big victory – in the form of the retransmission fees that subscription TV providers (cable, phone, and satellite companies) pay local broadcasters to carry their stations," he writes.

"These rates – and not the set-top box rates Kimmelman is attacking on behalf of current corporate client Google – have been primarily responsible for raising your cable bill over the last two and a half decades, and they’re projected to continue to rise faster than other programming costs for the near future.”