It's still not making profit, but at least it's losing less

Micron has reversed its downward trend and pulled off a fourth fiscal 2016 quarter with increased revenues and decreased losses.

The mainly DRAM and flash foundry company reported revenues of $3.22bn, up 11 per cent on the preceding quarter but 11 per cent down on the year; there is still a ways to go. The net loss was $170m, 21 per cent better than the $215m net loss in the third quarter but still dismal compared to the $471m profit reported a year ago. 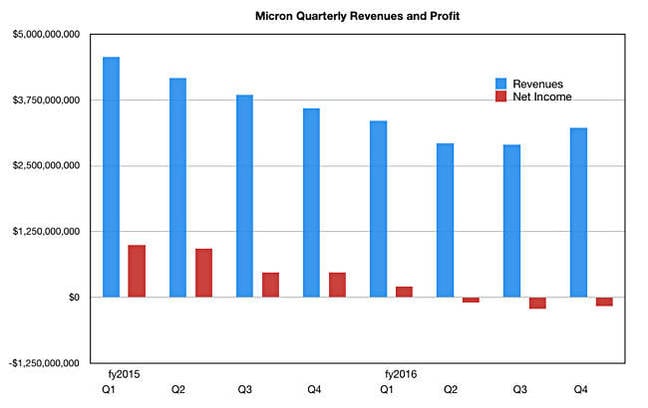 There are four business units and this is the picture in each: 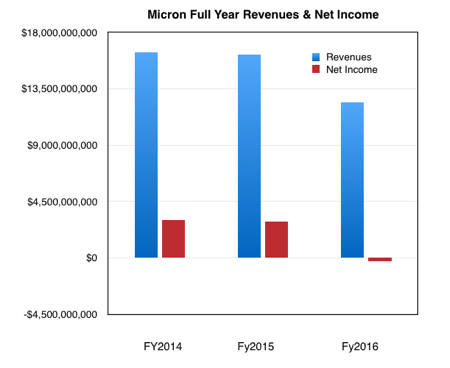 Stifel MD Aaro Rakers notes Micron “entered into production and OEM qualifications for client / consumer solutions on TLC NAND during the August quarter, while enterprise and cloud product announcements are expected to occur over the next couple quarters. When asked about the ramp of TLC vs. MLC 3D NAND, Micron noted that it expects to reach a crossover production point by mid-F2017.”

In the future lie QuantX 3D XPoint products, which will be a 2017 story for Micron, and potential QLC (4bits/cell) NAND. Toshiba should have QLC product in 2017.