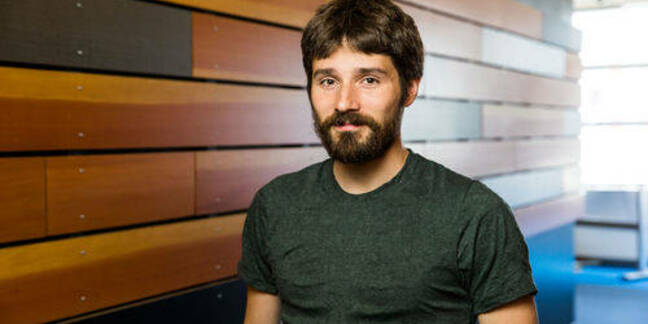 LinuxCon Docker is removing some of the hurdles to running its poster-child technology on various cloud platforms.

On Tuesday at LinuxCon Europe, Docker founder and chief technology officer Solomon Hykes released under the Apache 2.0 license InfraKit, a set of software tools for managing containers on cloud services.

“It's the magical ingredient that lets you adapt Docker to other infrastructures,” Hykes told The Register.

InfraKit smoothes over the complex ways in which various competing cloud providers describe and deploy their servers, send out alerts, and let subscribers control their rented systems. Amazon's AWS and Microsoft's Azure do things differently, for instance, and InfraKit is supposed to provide a neat layer to manage it all – allowing developers to slide their setups between platforms as required.

InfraKit is a family of plugin components that communicate via HTTP. "These plugins are active controllers that can look at current infrastructure state and take action when the state diverges from user specification," the documentation explains.

It’s the work of the brains behind Conductant, which Docker bought in March. Staff at the gobbled-up startup have previously built serious scale-out systems at Google, Zynga and Twitter. Some of them worked on Twitter’s Apache Aurora scheduling system that works with Mesos, which is described as a data center operating system that hides server complexity from developers.

But Docker isn’t stopping at InfraKit and similar tools are promised for authentication and security, Hykes said.

“The process is we write the code for Docker and see opportunity to extract that to something, like infrastructure ... we will do that over time for many, many areas. We are getting a lot of demand to extend the Docker authentication kit,” he added.

Docker, the soaraway leader in containerization with a near monopoly on the technology, is at pains to give people choice – choice over their infrastructure all the way down to the choice of their operating system. Earlier this year, Docker hired Natanael Copa, creator of the minimalist Alpine Linux, to shift the Docker official image library away from Ubuntu to Alpine. Of course, you can use pretty much whichever distro you want in a Docker container provided the underlying kernel meets Docker Engine's requirements.

“If somebody wants to built their own container platform and they want to use their own Linux and they don’t want to reuse ours, we want to allow them to do that,” Hykes told The Reg.

“A lot [of people] are asking for custom configuration,” he added. ®