Actually, yes, Samsung, you do have to pay Apple $120m 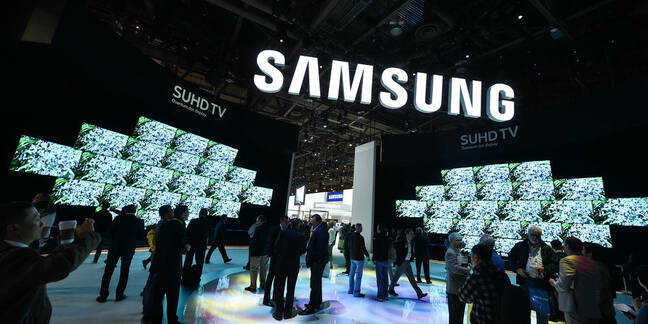 In yet another reversal in the Apple-Samsung patent war, Samsung was told on Friday it actually did have to pay Apple $120m for infringing three patents.

The surprise decision [PDF] from the full Federal Appeals Court in Washington, DC, comes eight months after it was told by a smaller three-person appeals panel that it did not have to pay.

And that came just under two years after Samsung was hit with the fine because a jury decided it had copied slide-to-unlock, autocorrect and quick-link features in its phones.

As if that wasn't confusing enough, the Supreme Court will next week look at a separate Apple-Samsung patent case in which Samsung was fined $548m for copying the iPhone's rounded corners, among other patents.

The full court ruling was somewhat of a slapdown of the three members of the previous panel, with the 8-3 ruling showing the rest of the federal court ganging up on them. The three should not have overturned the original jury verdict, their colleagues said. They agreed with Apple's argument that the judges had relied on information that was not part of the original trial and which had also not been introduced by Samsung in the appeal process.

In other words, the judges did their own independent research and decided that the original jury was wrong – something that the full court of appeals said goes against rules set by the Supreme Court. "Fact findings are indisputably the province of the district court," the judgment noted.

In even worse news for Samsung, the appeals court also asked the trial judge to consider whether the judgment should actually be increased because of intentional infringement – willfulness – by the company.

On the plus side, the award for Samsung and against Apple for $158,400 for yet another patent was upheld. So that's something. ®