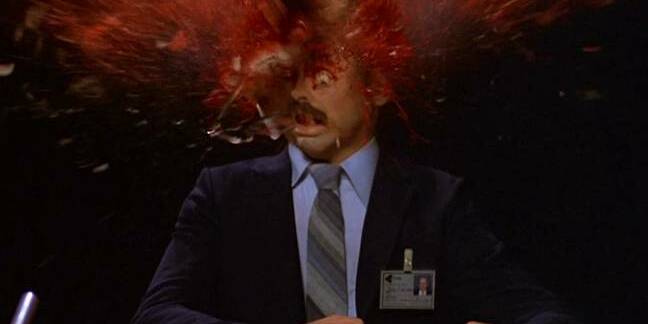 Astronauts flying to Mars are in danger of long-term brain damage and dementia from the onslaught of radiation in galactic cosmic rays, according to a new study.

Researchers from the University of California, Irvine (UCI), say they have observed the “space brain” effect in rodents.

After the rodents were exposed, they were shipped off to another lab in UCI to investigate the how radiation impacted their tiny brains.

It wasn’t good news. Scientists found that six months after the radiation dose was given to the first group, their brains were still impaired with high levels of brain inflammation and damage to neurons.

Charles Limoli, co-author of the study and professor of radiation oncology at UCI, said the results did not bode well for “astronauts deployed on a two-to-three-year round trip to Mars”.

The radiation-heavy space environment attacks the central nervous system, causing many complications that can last long after the mission is over.

It can lead to “various performance decrements, memory deficits, anxiety, depression and impaired decision-making. Many of these adverse consequences to cognition may continue and progress throughout life," Limoli warned.

It would take months before dementia-like symptoms started to manifest, but for long-term missions there would be enough time for cognitive impairments to develop.

Radiation also affected “fear extinction”, a process in which the brain cracks down on unpleasant thoughts triggered from previous stressful events - like when a person is scared of dogs after being bitten.

"Deficits in fear extinction could make you prone to anxiety," Limoli said, "which could become problematic over the course of a three-year trip to and from Mars."

The latest study builds on a previous experiment also done at UCI last year. Instead of looking at the impact over six weeks, the new experiment showed that the effects were still present six months after the exposure, alerting space agencies to think about preventive strategies for the future.

Astronauts onboard the International Space Station were at less risk of developing “space brains” as they are within a protected region, as Earth’s magnetosphere deflected harmful radiation particles away.

Limoli is his team are working on medicine that may be able to combat the effects of radiation by using compounds that get rid of free radicals and protect the function of signalling molecules from being transmitted from neuron to neuron. ®

So it’s bad news for future astronauts, but for many it will seem all the more reason to boot Donald Trump, who topped El Reg’s Mars’ ejaculation poll, into space. Just imagine that hair in zero-grav conditions. ®

Canonical drags the telco into the 21st century

An $18m supercomputer to simulate brains of mice in the land of Swiss cheese. How apt, HPE

Wow, the SGI brand. What a blast from the past, sorry, future

Forget ripping off brains for AI. Butterflies and worms could lead us to self-repairing intelligent robots, says prof