BSODs from around the world, from the wrist-job to public art

BSOD WATCH For those of you who asked why there was no BSOD collection last week, the answer is simple: it was a holiday weekend in Australia. We hope this week's offerings make up for it.

If you're running shy on fuel and in a hurry, this offering in California would leave you thankful that at least the gas station has more than one pump – and hoping that the pumps had more fuel available to them than they have virtual memory. 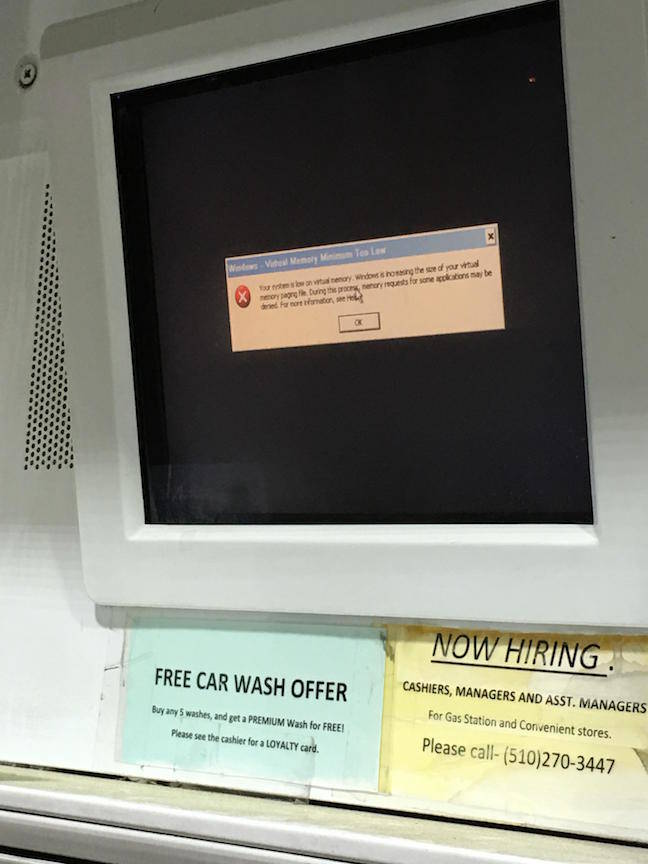 Spotted last week by Vulture South's own Simon Sharwood, travelling students are offered to start an adventure of some kind. Think of it as a magical mystery BSOD. 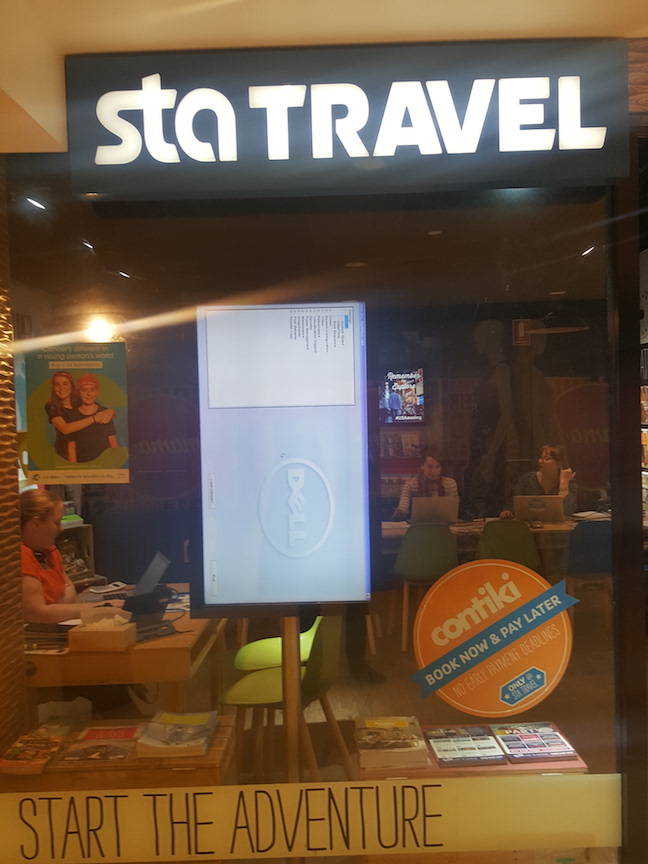 Mary gives us this BSOD, from Boston's Logan airport, leaving the hungry unable to order anything between smoothies and soup. 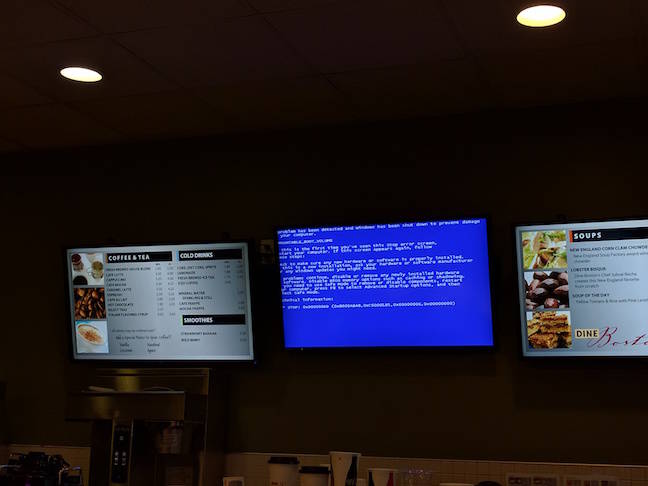 Readers longing for the return of large-scale BSODs, feast on this piece of public art in Chicago, from Twitter user @rdevz:

Nostalgia fans will, we hope, enjoy this one in an arcade in the New Forest, from Kevin: it combines the legendary Sega Racer with what we believe is a Windows XP crash screen. 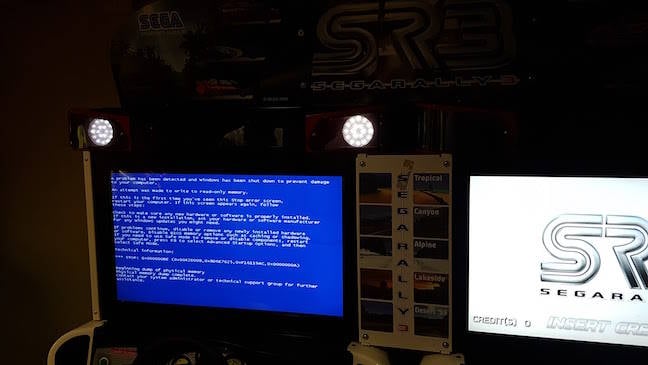 Dan promises what follows was only in the reception of the women's gym in the building he works in. We couldn't possibly comment. 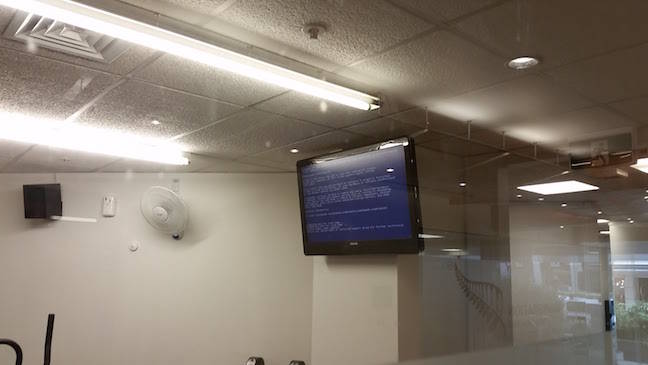 Finally, we hope that Twitter user @Pikelet doesn't mind us borrowing this, which isn't quite a BSOD, but is a fail worth a chuckle.

Welcome to the future. It's still awful. pic.twitter.com/tCAnHts9RO