A group of suppliers have got together as a consortium to develop Gen-Z - a scalable, high-performance bus or interconnect fabric linking computers and memory.

See anyone missing? Yup, it's the monopoly data centre and server CPU supplier Intel. Curious that. Especially as its XPoint-developing buddy, Micron, is a member. Any other missing candidates? Cisco's not present and, as a UCS server supplier, we might think it had an interest in CPU-memory fabrics. 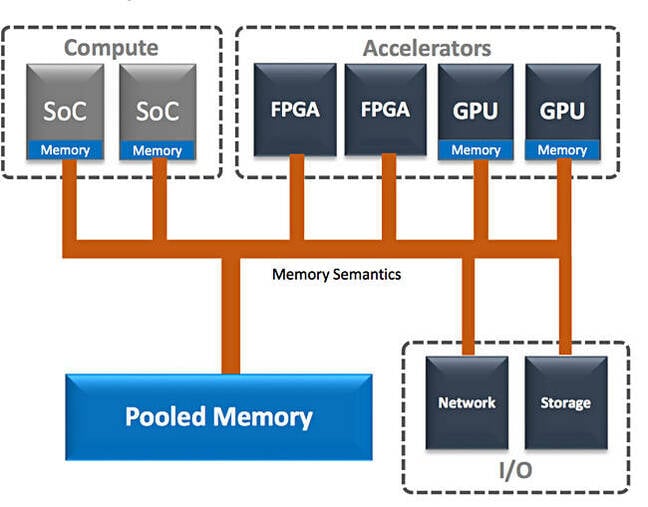 We're told "this flexible, high-performance memory semantic fabric provides a peer-to-peer interconnect that easily accesses large volumes of data while lowering costs and avoiding today’s bottlenecks." It's meant to enable storage accesses to be closer to memory accesses in speed through the use of storage class memory and new programmatic and architectural ideas.

A memory semantic fabric handles all communication as memory operations, such as load/store, put/get and atomic operations typically used by a processor. Memory semantics are optimal at sub-microsecond latencies from CPU load command to register store. This is unlike storage accesses which are block-based and managed by complex, code intensive, software stacks.

Its background thinking is that memory tiers will become increasingly important, and rack-scale composability requires a high bandwidth, low latency fabric which must seamlessly plug into existing ecosystems without requiring OS changes. 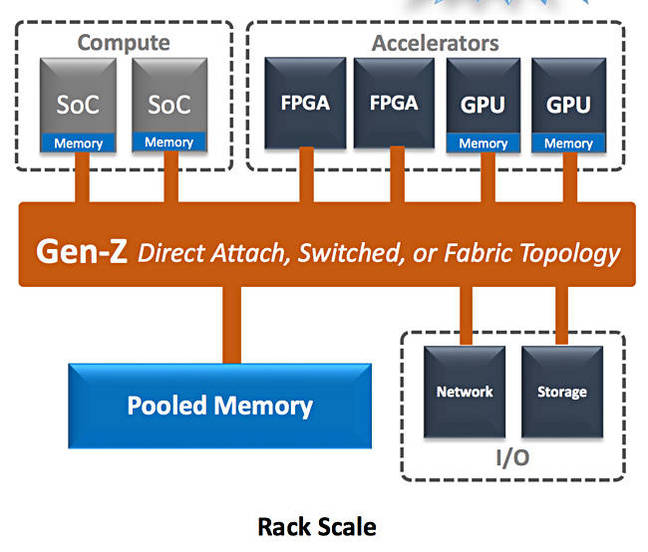 The core specification, covering the architecture and protocol, will be finalized in late 2016, and the Gen-Z consortium is accepting new members. We might see first products appearing in 2017.

There is a briefing slide deck here (pdf). ®