Startup Igneous Systems has re-discovered and re-imagined the idea of customers renting an externally managed system on their premises, giving it an Internet of Things (IoT) and public cloud make-over.

The new angles are that IoT devices can generate vast amounts of data which is difficult to send to a set of on-premises servers or the public cloud because transmission is too slow and/or the data is sensitive and needs to be retained on site.

Igneous's answer is to store it locally in a public cloud-like, scale-out, hyper-converged system that can run some compute processes on the data, and be managed through the cloud. Example compute workloads are auto-tagging, metadata extraction, image processing, and text analysis.

Igneous owns and operates the on-premises equipment and the customer has a capacity-based subscription pricing scheme. The systems are remotely managed and monitored through a cloud service, and there is automated cloud management processes for upgrades, troubleshooting, and failure management. Igneous claims that these functions can be performed on a mirror of incoming and outgoing data streams without slowing down low-level system functions. 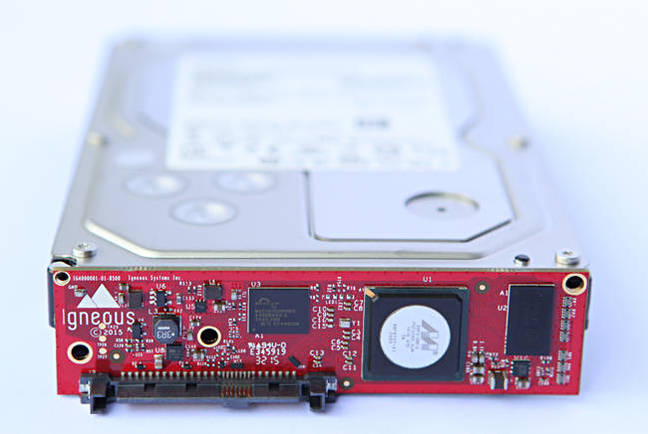 The equipment is based on ARM-powered nano-servers, with each being a disk drive, ARM processor and Ethernet link. Igneous calls this a JBOND - Just a Bunch of Networked Drives. There is a SoC (System On Chip) with a Linux-running Marvell 32-bit Armada 370 processor, with two Cortex-A9 cores running at up to 1 GHz. Networking is via two 1 GbitE ports, and the nanoservers operate in a kind of mesh.

It reminds El Reg of Seagate's Ethernet-addressed Kinetic disk drives, except that Igneous has had its own nanoservers built and the JBOND is accessed as an S3 data store. Any processing capabilities to operate on the stored data need adding. Data is stored using erasure coding and failed nanoserver disks have data rebuilt using other nanoservers.

We also think 32-bit ARM CPUs look a bit light in compute power terms and 64-bit ones will need to be used if any serious compute is going to be done on the data.

Access is via Amazon's S3 API across a customer's 10Gbit Ethernet infrastructure. Other public cloud service access protocols will probably be added in the future. 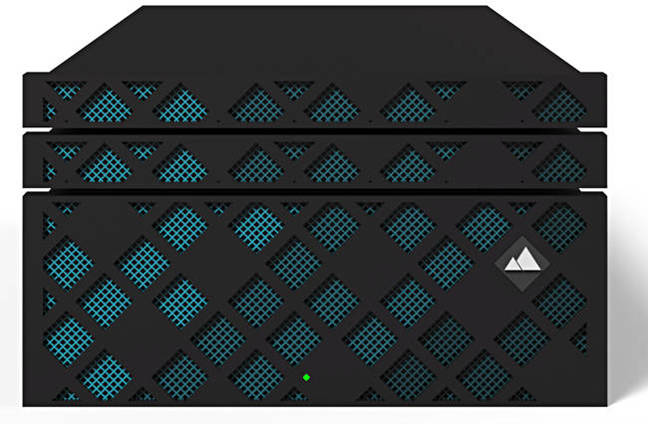 The dataBox and dataRouter systems

A dataBox has 60 drives (nano-servers with 6TB disks) in a 4U enclosure and is a capacity store. A dataRouter is a stateless 1U server used for protocol endpoints and keeping track of data in the nanoserver mesh. 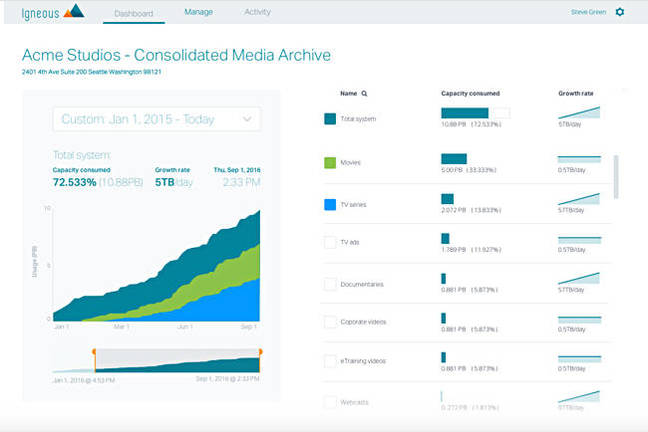 There is some existing third-party software support. For example, Commvault Virtual Server Protection (VSP) enables users to back up to an Igneous System and Infinite IO works with Igneous.

This Igneous nanoserver kit is an interesting start in what we might ultimately call micro or nano hyper-converged systems. Getting involved with it means leading/bleeding edge work for Linux and S3 buffs.

Get a datasheet here. The Igneous Data Service is available immediately to customers in North America. Customers can purchase annual subscriptions in increments of 212TB of usable capacity, starting at under $40,000 (equivalent to 1.5 cents/GB/month). This is claimed to be lower than the cost of S3 (3 cents/GB/month). Volume discounts are available, based on installed capacity or contract duration. ®

Arm wrestle round two: Chinese outpost says it's fired the replacement CEO foisted on it by HQ

Arm China says nothing counts without a board meeting