What is the essence of Windows Server 2016? First, a quick look at the context. Server 2016 follows the same pattern as previous releases, in that it follows a new release of the Windows desktop operating system, in this case Windows 10, and brings it to the server. Server 2016 is based on the same kernel as Windows 10 Anniversary, and if you type ver at the command prompt, you get the same thing: Microsoft Windows [Version 10.0.14393].

This means Server 2016 has the Windows 10 Anniversary Start menu, if you install it with the Desktop Experience, though thankfully there is no sign of Cortana.

Second, Microsoft’s primary direction in Server 2016 is to support cloud deployment, whether public or private. There is also attention paid to security, but that goes without saying. Jeffrey Snover, Chief Architect for Windows Server and Azure Stack, told tech journalists:

Windows Server 2016 takes a lot of the innovation we got from Azure, a lot of the cloud innovation, and we’re mainstreaming it. Just as in Windows NT we took a scenario that only the princes and high priests of technology could do and we made that available for the masses, we think we’re doing the same thing for the cloud today.

Windows Server 2016 is supposedly “cloud for the masses”. This is evident in the two biggest areas of change. One is the Hyper-V hypervisor, which is greatly improved in this release. The second is support for Containers and Nano Server, a new cut-down edition of Server, which I bracket together since they have the same goal: support for cloud-native applications.

That said, "cloud for the masses" means something different than "server for the masses" 20 years ago. Whereas a business of any size can run a server, you have to be of significant size before contemplating running your own private cloud. A couple of Azure Stack boxes located in two separate data centers should do it; one is not enough since it lacks geographic resiliency. That will not come cheap, judging by the boxes from Dell and HPE on display at Microsoft's Ignite event in Atlanta last month. Yes, you can run Azure Stack on a single server, but that is only intended for proof-of-concept testing. 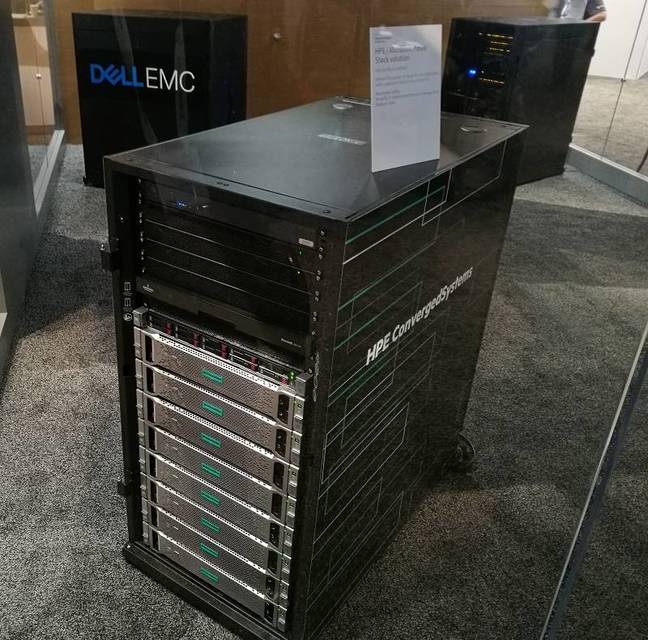 An Azure Stack solution on display at Microsoft's Ignite event

In this instance then, the masses are either those large organisations with the capability and inclination to run their own cloud, or the rest of us who are cloud consumers. One of the former is, of course, Microsoft itself, and undoubtedly the features of Server 2016 are driven in part by the company's desire to improve Azure and Office 365.

The further implication is that there is not much new in Server 2016 for small-scale users. Snover talks about "snowflake servers", by which he means the traditional approach to server deployment where you install once and carefully nurture and maintain the result. "If you want to have these ... snowflake servers, Windows 2016 is awesome for that," says Snover, but what he really means is that it is just as good (or bad) as before. The innovation is elsewhere.

Next page: A better Hyper-V
Page: