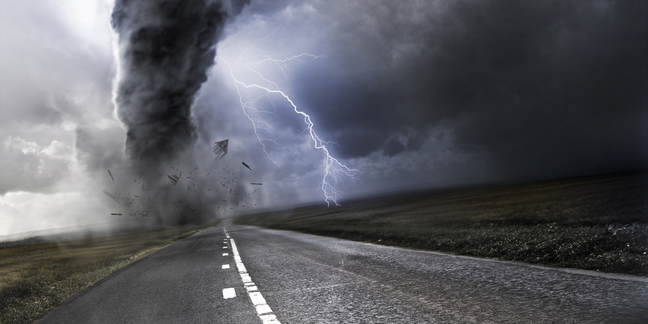 Cisco is the latest member of the technology old guard to take a pop at Amazon Web Services, claiming that the public cloud giant’s financials mean “one hiccup” and it could go bust.

AWS-bashing is almost becoming an annual feature at Canalys Channels Forum; in 2014 the analyst estimated AWS was losing billions of dollars; and a year later it was all about the economics of the public cloud vendors mirroring a pyramid scheme.

For the 2016 event in Barcelona, Edwin Paalvast, president of Cisco’s business in Europe, Middle East, Africa and Russia, was asked what he thought about customers relying on AWS.

“AWS is a gamble,” he told an audience of resellers, distributors and press, “If you really look at their financials they leased everything out, if they keep growing like they are today they’ll win,” he said.

Conversely, “if they have a hiccup they will be bankrupt”, the exec added.

According to the most recent financials, AWS reported sales of $2.88bn for calendar Q2 ended 30 June, up 58 per cent year-on-year and operating income of $718m, up from $305m. It does not reveal net profits or losses.

The business has benefited from historically low interest rates that helped as it continued to build out data centre infrastructure. Canalys analysts previously claimed that should interest rates rise, AWS would find repaying those debts much harder.

“It is a very different world than we work in because we actually to have to show money, and most of the people in the room actually need to turn a profit, and that is not what Amazon’s business is built on.”

“If interest rates stay low, they might actually win the whole pot, but it is a business model that is not open to everybody and if the sentiment changes then boom, it is gone,” he added.

Clearly, Cisco isn’t trying to win friends at AWS, but its VCE partner VMware has just helped the cloud giant round out its hybrid cloud story by making the vSphere server virtualisation software available on AWS infrastructure.

Steve Brazier, CEO at Canalys, revealed traditional IT sectors were largely suffering at the hands of public cloud companies and believed AWS was close to “crossing the chasm” to have its business model considered “established”.

But he agreed that interest rates or cyber security could have massive implications for AWS and the customers that bought infrastructure services from the company.