This week's worldwide BSOD roundup starts with what looks to your writer like a virtualisation launch bug. Submitter Alexander tells us it came from Peterborough Station, in Cambridgeshire. 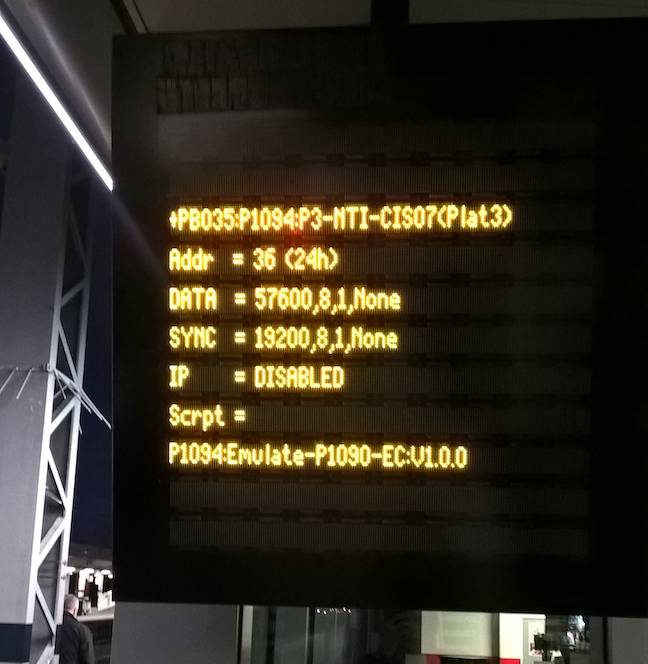 What do you think, readers – is this an exotic BSOD that needs extra explanation?

Don found one at decent scale in Rio de Janeiro, and adds that to be fair, the city has these advertising signs scattered all over, and this was the only one that went BSOD: 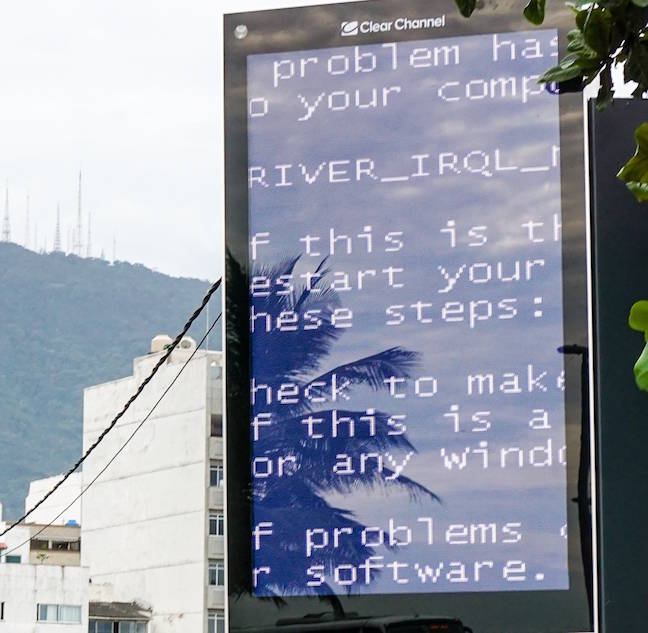 There's also a bunch of BSODs sent to the author via Twitter, continuing the public transport theme, such as this from John Crisp:

A few people pointed me to a tweet from @kiranb, catching a BSOD at San Francisco's BART that doesn't fit the screen.

Ravi spotted it from this angle. 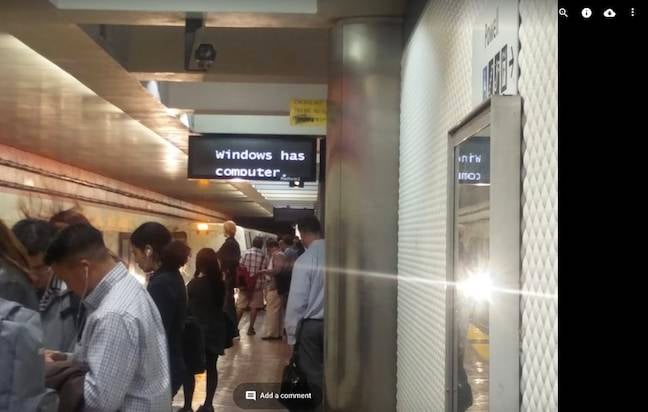 Too Fast, Too Furious pic.twitter.com/MdeMuXzEJC

@R_Chirgwin On a Samsung display in a John Lewis store in England. It's probably the least of their worries today. pic.twitter.com/LyVtNhTbAk

We're still here if you want to send more BSODs … ®